Ken Todd shares a lengthy rant on Twitter, calling out her wife's former co-stars for being petty, nasty and hypocrite during the past few months towards Lisa, who will not return for new season of 'RHOBH'.

AceShowbiz - Lisa Vanderpump's husband Ken Todd apparently wants to celebrate his birthday by standing for his wife on social media and blasting those who he considers bringing negativity to her. Taking it to Twitter on Sunday, July 21, Ken slammed "The Real Housewives of Beverly Hills" cast members.

"It's my birthday and I will speak if I want to!" he said alongside photos of screenshot of notes featuring his lengthy rant. "I would like to get some things off my chest," he added, pointing out that next month will mark a year since "all that negativity against my wife started. There has been a huge amount of nastiness that has pushed my wife to the brink. When, at a time in her life like this, she needed her friends!" 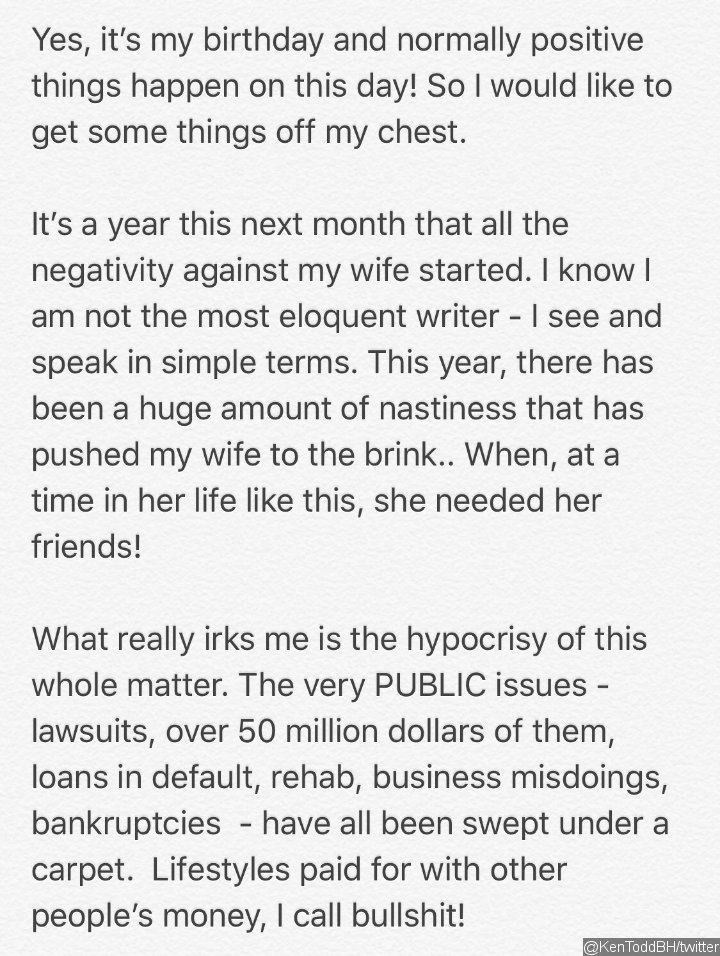 Ken Todd defends his wife during his birthday.

The businessman later called out the show's hypocrisy for focusing on Lisa's Puppy Gate drama instead of "the very PUBLIC issues -- lawsuits, over 50 million dollars of them, loans in default, rehab, business misdoings, bankruptcies." He was referring to Dorit Kemsley and her husband PK Kemsley's financial and legal trouble. "Lifestyles paid for with other people's money, I call bulls**t!" he continued.

"I am asking for this hatred to stop!" Ken added. He went on revealing that he didn't want Vanderpump to attend the RHOBH reunion "as it has been bullying" in a "nonstop attack". He wrote, "It sickened me to see my wife in tears."

Ken also took a jab at Camille Grammer who joked earlier this year that the Sur owner has bad breath. "To now attack her personal hygiene disgusts me," he said. "I could put it out here that my wife's breath is as sweet as she is as, I am the one who kisses her daily I should know. I am angry as it is a vile lie…Like so many other things that have been said about her." 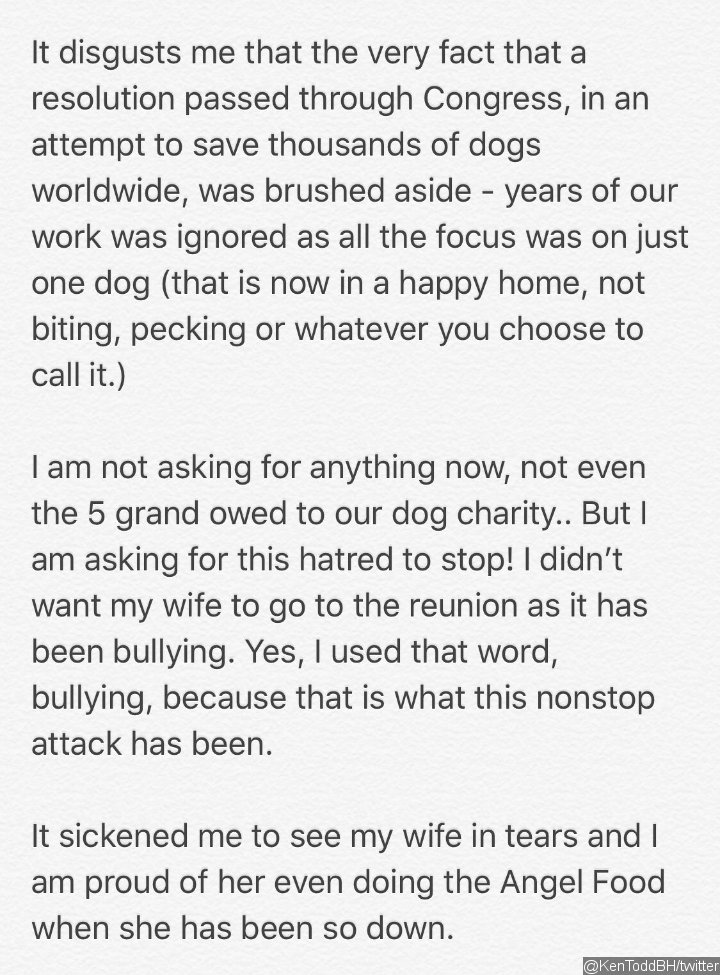 "Their pettiness says everything. There are so many things WE could've said but haven't," he added. Concluding his rant, Ken wrote, "Referencing Richards’ viral joke about the heated argument she had with the couple, he concluded, "So it's not just Goodbye Kyle [Richards] that I want to say … it's goodbye to all of the vicious nastiness…there I feel much better now. Happy birthday to me." 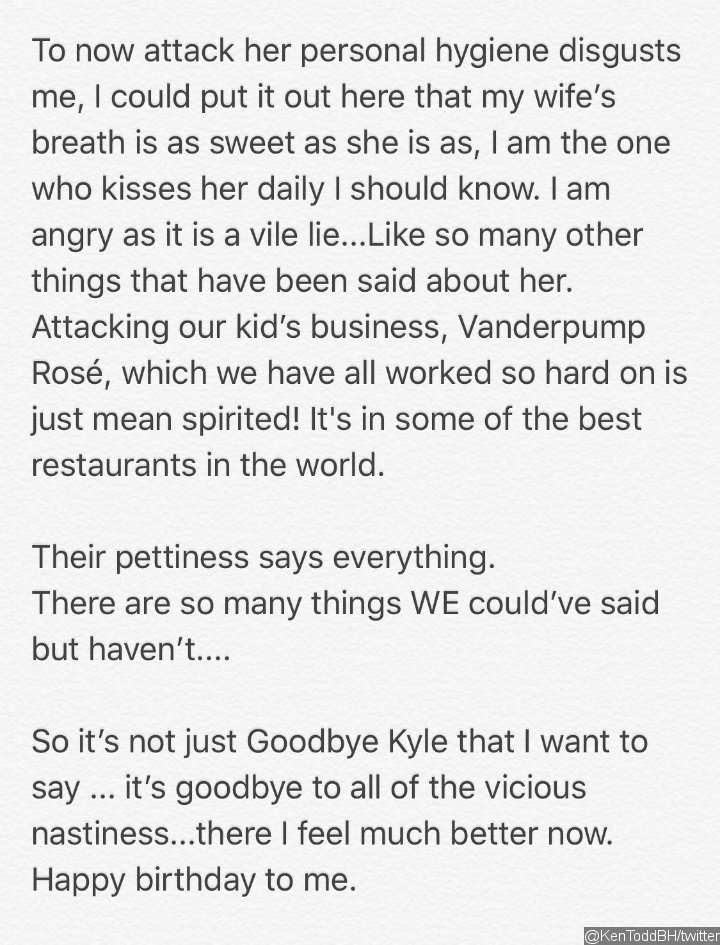 Ken continued calling out the cast members of 'RHOBH'.

While Lisa won't return for season 10 of "RHOBH", fans seemingly will get something new from her. The Bravo personality recently hinted that she was preparing a new spin-off series which would be based on her newest restaurant, the Vanderpump Cocktail Garden at Caesar's Palace in Las Vegas.

YouTube Star NikkieTutorials: I Was Not Allowed to Use Toilet Reserved for Jonas Brothers at 'Ellen'