This arrives after fans are led to believe that Porsha and Dennis are getting back together after splitting up two months amid rumors of Dennis cheating on her with 'WAGS Atlanta' star Sincerely Ward.

AceShowbiz - It seems like Porsha Williams and ex-fiance Dennis McKinley are over for good. Fans started to assume that Dennis might have found a new lady after he took to his Instagram account on Saturday, July 20 to share a photo of him and a beautiful woman which was taken at his nightclub.

The photo featured the businessman posing with the mystery woman as the two flashed big smiles to the camera. The lady looked gorgeous in a red dress, while Dennis looked dapper in a white shirt and a gray blazer. While the two didn't show any PDAs, fans seemingly assumed that the woman was Dennis' new romantic interest. 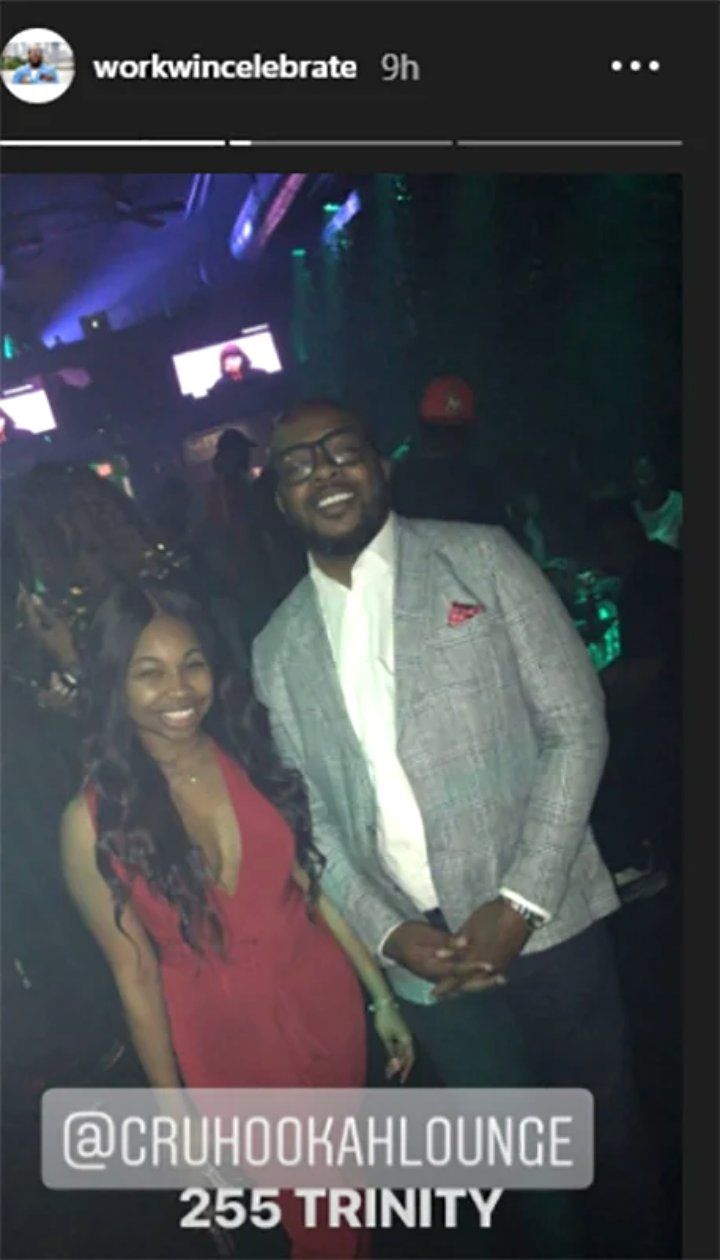 Dennis McKinley was seen with another woman at the club.

This arrives after fans were led to believe that Porsha and Dennis were getting back together after splitting up two months amid rumors of Dennis cheating on her. Recently, Porsha have been sharing a slew of photos and videos of Dennis playing together with their daughter Pilar.

"Learning & playing with daddy is the best," she captioned a recent video of the father and daughter duo's adorable moment. Upon watching the cute video, one fan couldn't help but gush in the comment section, "How sweet! I do pray that Porsha and Dennis get married and have more babies." Another comment read, "Ah. All is forgiven. Daddy do the right thing with your two girls."

It remains to be seen if Dennis is really moving from Porsha or if the two decide to give their failed relationship another go. Previous report suggested that Dennis bought "The Real Housewives of Atlanta" a restaurant as an "I'm Sorry" gift. It was said that it was his way to apologize for "whatever he did to make Porsha leave him."

Porsha and Dennis reportedly called off their engagement after the latter was accused of abusing his ex and baby mama as well as of cheating on Porsha with "WAGS Atlanta" star Sincerely Ward. Both Dennis and Sincerely denied the rumors and Dennis revealed his plan to take legal action against YouTuber Latasha Kebe, who first reported the alleged infidelity. All the drama prompted Porsha and her family to start unfollowing Dennis on Instagram.

Porsha Williams, Yandy Smith and 62 Others Arrested at Louisville Protest

Porsha Williams Shares Her First Racist Experience as a Child