The two-and-a-half minute promo for Tom Hooper's live-action movie adaptation shares a look at Taylor Swift, Jennifer Hudson, Jason Derulo and many others as their feline characters.

Swift was a fan - she tweeted, "I am a cat now and somehow that was everything." 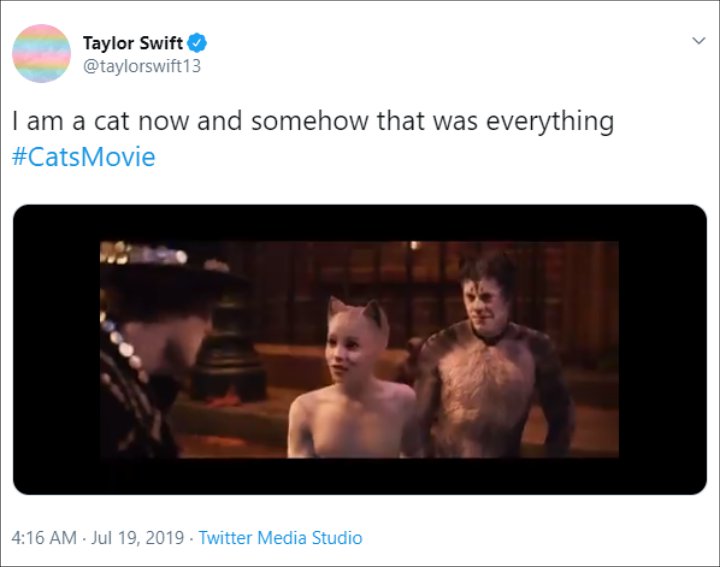 But not everyone liked what they saw - some Twitter users felt Hooper's use of technology to turn his stars into furry felines was "creepy," with one online critic writing, "The trailers for It 2 and Cats dropped today and I'm not sure which one is more terrifying."

Another viewer added, "I don't know why you're all freaking out over miniature yet huge cats with human celebrity faces and sexy breasts performing a demented dream ballet for kids."

And a Rolling Stone reviewer wrote called the trailer "even more terrifying than anticipated."

The film hits cinemas in December.