The Academy Award-winning actor is set to reprise his role as supervillain Blofeld, though the upcoming installment has cast Rami Malek as its main villain.

AceShowbiz - Christoph Waltz will return for "Bond 25". The German-Austrian actor is set to reprise his "Spectre" role as supervillain Blofeld for the upcoming installment of the 007 movie, which is currently being filmed.

Rumor of Waltz's possible involvement in the next Bond movie first surfaced earlier this year, but it now seems to have been confirmed with the actor's sighting at Pinewood Studios in London, U.K. where the movie production is taking place. A visitor to the studio tipped off Daily Mail about Waltz's sighting, reporting that the "Inglourious Basterds" star urged them not to spread news of his presence at the studio.

Daily Mail's entertainment reporter Baz Bamigboye tweeted the news, "Exclusive:Hello Mr Waltz... we've been expecting you.#ChristophWaltz is back as #Blofeld in @007 #Bond25 , shooting scenes at Pinewood studios . When a visitor spotted him , Waltz insisted , 'You haven't seen me.' "

Rami Malek has been cast as the main villain in "Bond 25", but The Playlist reports that "Blofeld returns in a kind of 'Silence of the Lambs'-like appearance; Clarice Starling (in this case Lea Seydoux), visiting him in prison and trying to mine him for information about Malek's sadistic character."

Noting that this might change after Scott Z. Burns and "Fleabag" star Phoebe Waller-Bridge rewrote the script, the site adds that Waltz's Blofeld won't have a significant role as in the 2015 movie and will "likely take a back seat to the focus on Malek."

The upcoming film will reportedly find Bond (Daniel Craig) relaxing in Jamaica when his old friend Felix Leiter (Jeffrey Wright) from the CIA turns up asking for help. The mission to rescue a kidnapped scientist turns out to be far more treacherous than expected, leading Bond onto the trail of a mysterious villain armed with dangerous new technology.

"Bond 25" is directed by Cary Fukunaga. Naomie Harris, Ralph Fiennes, Ben Whishaw, Lashana Lynch and Billy Magnussen also star in the movie. Filming has taken place in Jamaica and Norway earlier this year, and will reportedly also take place in Matera, Italy. The movie is eyed for an April 28, 2020 release in the United States. 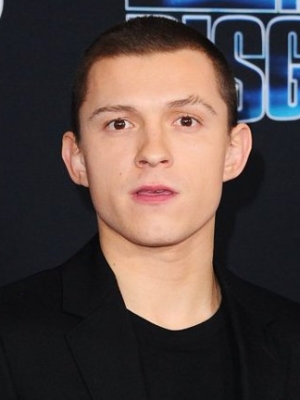