After fans attacked the 'High School Musical' actress for calling him out on social media over damaged car, the 'Clerks' director turns to Twitter to assure followers that she has apologized in person.

AceShowbiz - Kevin Smith has apologised after Ashley Tisdale accused him of damaging her car and driving off.

On Saturday, June 08, Ashley took to Twitter to call out the "Clerks" director for the alleged hit and run.

"Thanks @ThatKevinSmith for scratching my mirror on my car and not stopping. Classy move neighbour!" Ashley wrote. 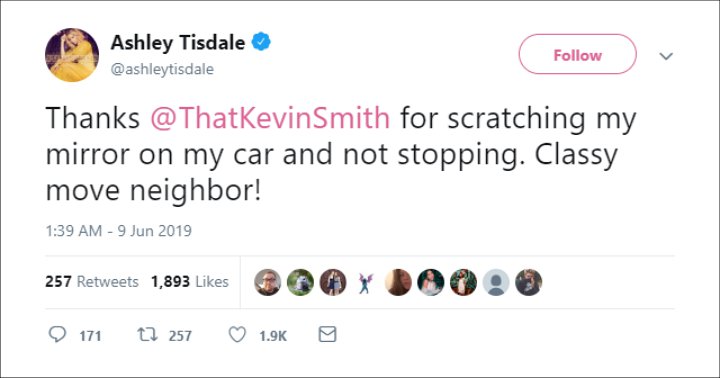 In response to the tweet, Kevin referenced Ashley's career-making role as Sharpay in the "High School Musical" movies, replying: "Apologies – I drive like Cruella de Vil in the Hills! However, I *did* do a courtesy stop. Then when you pulled away first, I was like 'That's soooo Sharpay...'." 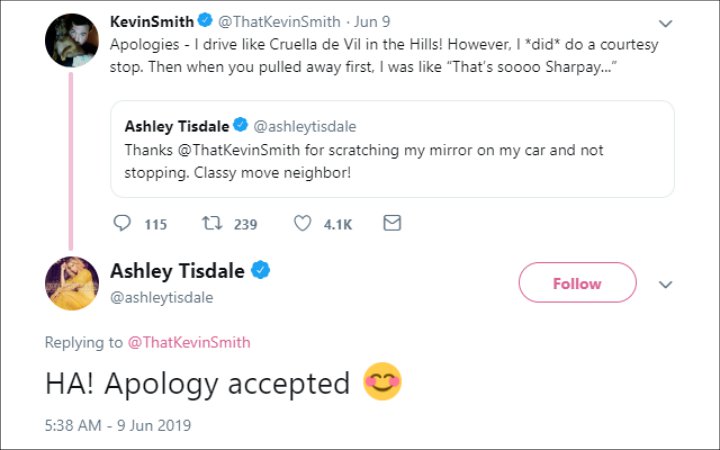 But after numerous fans slammed 33-year-old Ashley for using Twitter to draw Kevin's attention to the hit and run rather than attempting to speak to him in person, the screen star stopped by his house to offer him a face-to-face apology. 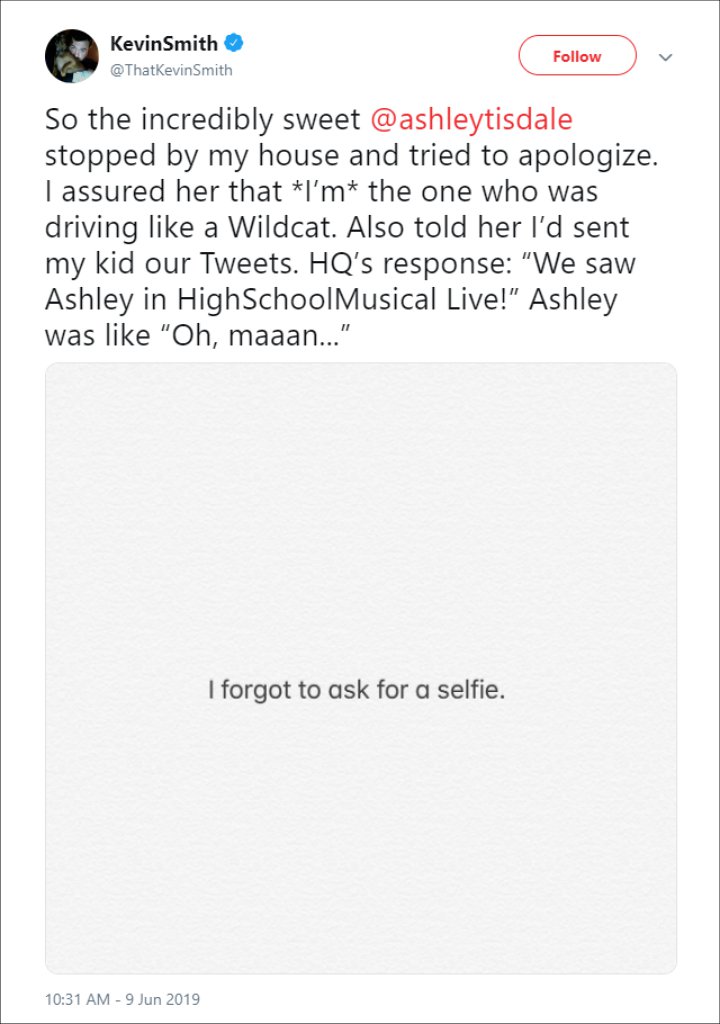 Kevin shared that the actress came to his house for a face-to-face apology after receiving backlash.

The development was documented by Kevin, who tweeted an image of the words "I forgot to ask for a selfie", alongside the caption: "So the incredibly sweet @ashleytisdale stopped by my house and tried to apologise. I assured her that *I'm* the one who was driving like a Wildcat. Also told her I'd sent my kid our Tweets. HQ's (Kevin's daughter Harley Quinn Smith) response: 'We saw Ashley in HighSchoolMusical Live!' Ashley was like 'Oh, maaan...'"