The 'Spice Up Your Life' hitmaker has kicked off their reunion tour with a show at Croke Park on May 24, but many devotees have reportedly walked out due to the quality of the sound.

AceShowbiz - The Spice Girls' reunion gig in Dublin, Ireland on Friday night (May 24) was marred by sound issues

Fans attending the show at Croke Park blasted engineers via Twitter during the gig for ruining their experience, and many concertgoers walked out because the sound was so bad.

One angry fan wrote, "Be great if someone could tell the sound people at Spice Girls that the audience can't hear them," while another tweeted, "There's something wrong when the crowd at @spicegirls concert are all sitting down because no one has a clue what song is on because the sound really is THAT bad."

And one disappointed devotee called the show the "worst gig" they'd ever been to. 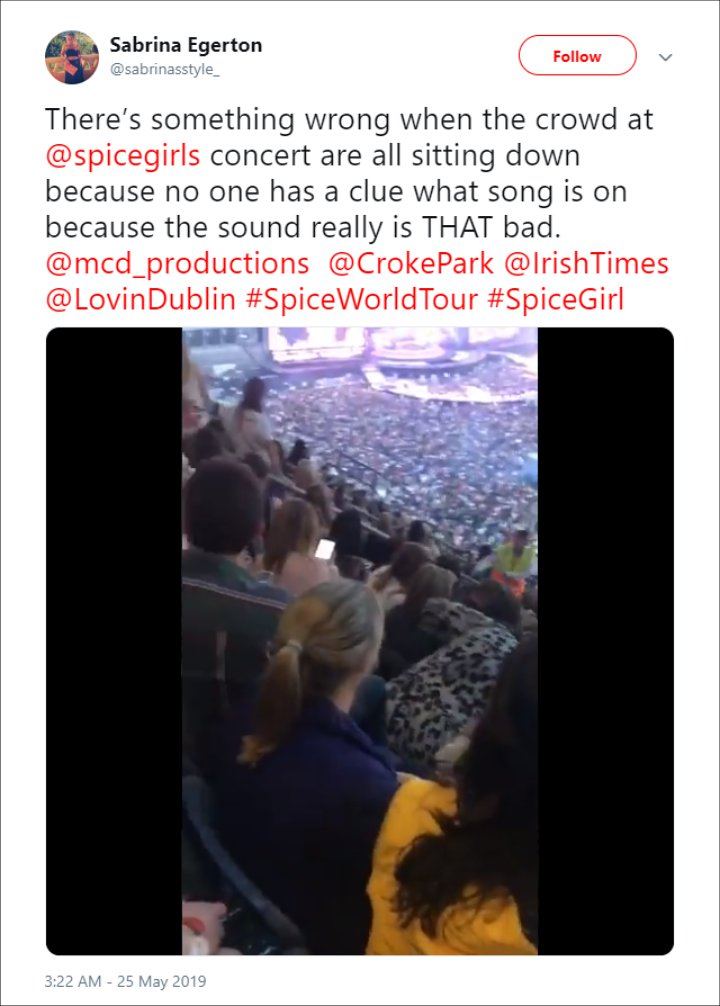 The Spice Girls are scheduled for 12 more shows all over the U.K.

Meanwhile, Mel B (Melanie Brown) ditched her eye patch for the concert return, suggesting her emergency surgery last week had corrected a sight problem for the singer, aka Scary Spice.

The reunited quartet - minus Posh Spice Victoria Adams - took the stage to kick off the reunion tour with their anthem "Spice Up Your Life", but the patch Mel B had hinted she would be wearing for the show, was nowhere to be seen.

The singer was diagnosed with severe iritis in her right eye and uveitis in her left.