Donning a bright blue wig, the 'A Star Is Born' actress stuns everyone as she performs several of her hits song in a performance at the Apple Park opening.

AceShowbiz - Lady GaGa paid tribute to late Apple co-founder Steve Jobs on Friday, May 17 as she played a surprise concert at the tech giant's California headquarters.

The pop superstar was invited to help company bosses officially open Apple Park on the grounds of their Cupertino campus in celebration of Jobs' legacy, and she stunned employees by stepping into the spotlight on a giant, rainbow-covered stage in the outdoor space.

Wearing a bright blue wig with a series of costume changes, GaGa performed a hits-packed set, including "Born This Way" and her Oscar and Grammy-winning song "Shallow", from her movie musical "A Star Is Born".

She also held a moment of silence in memory of Jobs, who died in 2011 following a battle with cancer.

Apple CEO Tim Cook later took to Twitter to share a few words about his late boss, and express his gratitude to GaGa for ensuring the event was one to remember.

"We came together today, in the home you imagined for us, and celebrated your spirit. We love you, Steve," he tweeted. 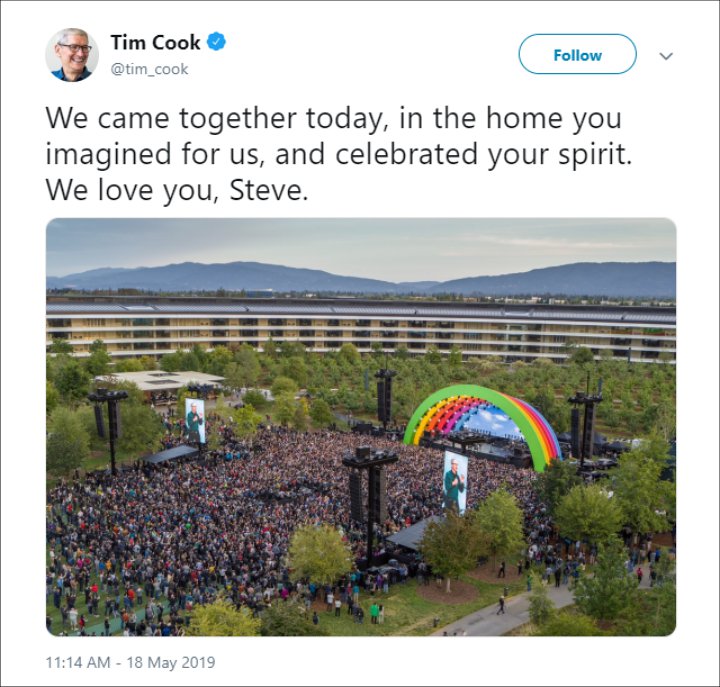 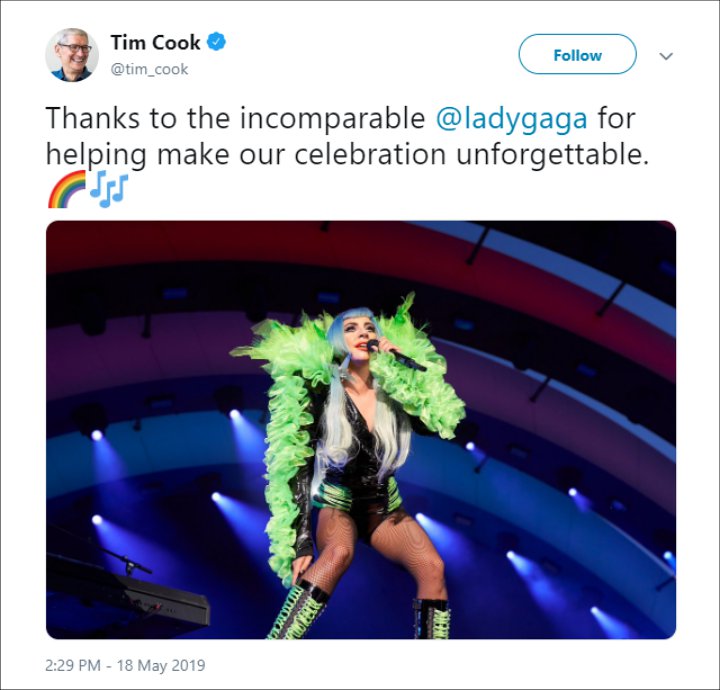 He also thanked Lady GaGa for joining the unforgettable celebration.

"Thanks to the incomparable @ladygaga for helping make our celebration unforgettable."

Lady GaGa Paid Her Mom $200,000 to Manage Born This Way Foundation, But Did Not Pay Herself