Tiny on Chris Brown Being Compared to Michael Jackson and Tupac Shakur: 'He's Everything'

Unlike many people who greatly disagree with the comparison, the Xscape singer appears to think the opposite as she says nothing but good things about the 'Yeah' singer.

AceShowbiz - Justin Bieber caused quite a bit of stir when he compared Chris Brown to the likes of Michael Jackson and Tupac Shakur earlier this month, and Tiny (Tameka Cottle) has given her two cents on the matter. During a recent interview on Power 106, the Xscape singer appeared to agree with the Canadian superstar as she had nothing but nice things to say of the R&B singer.

"He's talented, I can't say nothing bad about Chris Brown," she said. "He's everything. He's a complete artist. He can sing, he can dance, he looks good... I mean he's got it all."

Her opinion was the exact opposite to what many people felt as they accused Justin of disrespecting both late musicians by comparing them to Chris, who once got in troubles for assaulting then-girlfriend Rihanna. "Please never compare any woman abuser to Tupac ever again please and thank you," one said while another listed all the achievements that Michael received throughout his career before pointing out that the "Yeah" singer would never be on the same level as the late King of Pop.

"He will never have the same impact as MK. He is not nor will ever be as popular or as talented as Michael," the said user wrote. "At age 29 (1987) Michael Jackson had 9 Grammys, Hollywood Walk of Fame star + Best selling albums of all time what does Chris Brown have lmao."

The criticism didn't stop Chris from giving his thanks to Justin. He took to the comment section of the "Baby" singer's post, "I love you man! Thank you for believing in me, your star shines so bright and your heart is unmatched! You are a king but more importantly you were put here to inspire and create endless possibilities bro! I'm with ya till the wheels fall off and when they do … we gone get some new wheels."

Shia LaBeouf Is Almost Naked While Going Around Los Angeles

Tiny Gets Candid About Marriage Issue: T.I. Cheated on Me Because I Didn't Listen to His Orders

Tiny Slammed Over Her Response to Question About T.I.'s Daughter Amid Hymen Controversy 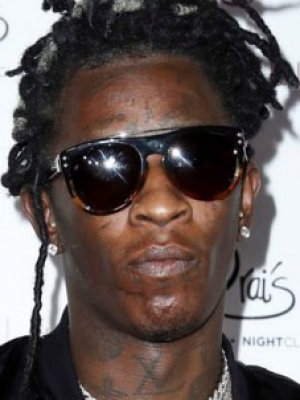