Going racy for the magazine's cover shoot, the 'Basic Instinct' star talks about why she never considers herself a sex symbol even though she made herself appear 'f**kable' early in her career.

AceShowbiz - Sharon Stone has bared her breasts in a racy cover shoot for Vogue Portugal.

The actress fronts the appropriately-titled "Sex Issue" by floating on her back in a swimming pool with her naked breasts just visible above the surface of the water, while a second cover image features Stone paying homage to her iconic role in "Basic Instinct", wearing a plunging black bodysuit with fishnet stockings and heels as she poses with her legs astride and stares straight into the camera. 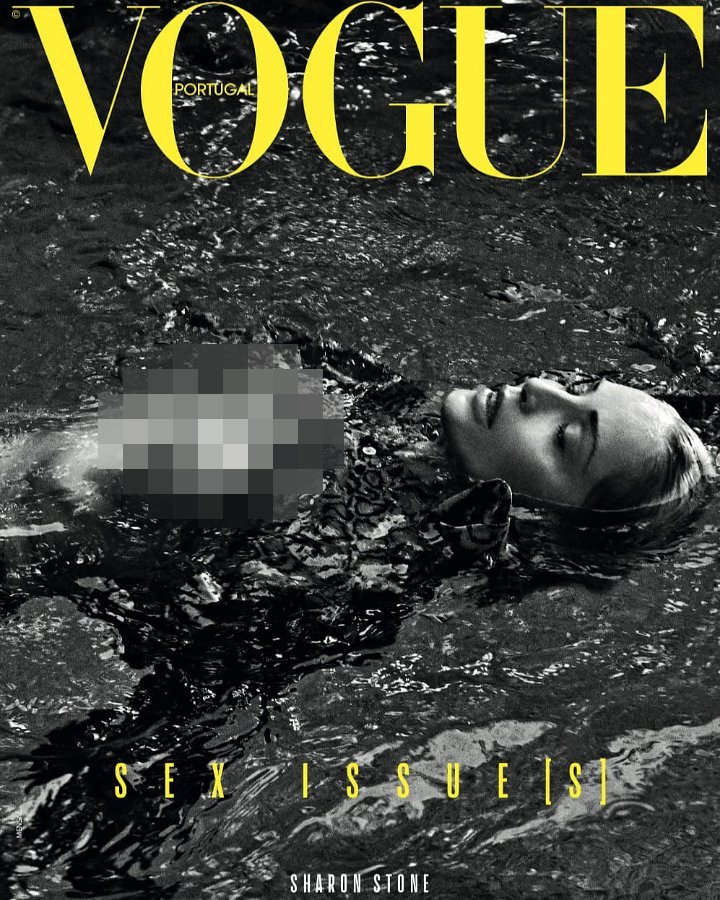 In the film, she famously uncrosses her legs during a police interview, appearing to reveal she isn't wearing any underwear.

There are further nods to the 1992 murder mystery in another picture from the steamy shoot with photographer Branislav Simoncik, in which the 61-year-old models a sexy white dress as she bares her long legs, just like one of the other outfits she wore in the movie.

Stone also turns up the heat in a fourth image as she goes completely topless while sitting on a couch with her legs crossed, recreating the stance she adopted for the film's interrogation scenes.

In the accompanying interview, the blonde beauty insists she has never considered herself a sex symbol, although she had to work hard early on in her career to make herself appear "f**kable" to win over studio bosses and land big roles.

"When I entered the business, the term 'f**kable' was used to see if you were employable," she explains.

"The studio executives sat around a large table and discussed whether or not each of us was in fact 'f**kable'. They thought I was not."

Stone decided to set up a Playboy shoot in 1990 to change the public perception of her, and timed it so it coincided with the release of her sci-fi thriller "Total Recall", which starred Arnold Schwarzenegger, reports the Mail Online.

"I gave this some hard thought as I wanted to work, so I did a strategically planned a semi-naked Playboy shoot," she shares. "Did I fit the part? Obviously not. Did I use my brain to figure out how to appear 'f**kable'? You bet... But I didn't and I don't (feel like a sex symbol)."