The 'Jurassic Park' actor has reportedly filed a police report over stolen personal items he and wife Emilie Livingston stored in a Outrigger beach resort's locker before they took a dip in the sea.

AceShowbiz - Jeff Goldblum was targeted by thieves while taking a dip in the sea off Hawaii.

The "Jurassic Park" actor and his wife Emilie Livingston, 36, were enjoying life in Waikiki last weekend, April 27-28 until their trip went awry as his belongings were stolen from a hotel locker as he hit the beach.

Law enforcement sources tell TMZ.com that he filed a police report over the weekend alleging his personal items were taken from a storage spot at the Outrigger beach resort. Police officers are now investigating.

According to the U.S. gossip website, the 66-year-old crammed his belongings in the locker before heading into the sea for a dip, but when he came back his gear was gone - so he spoke to police officers. 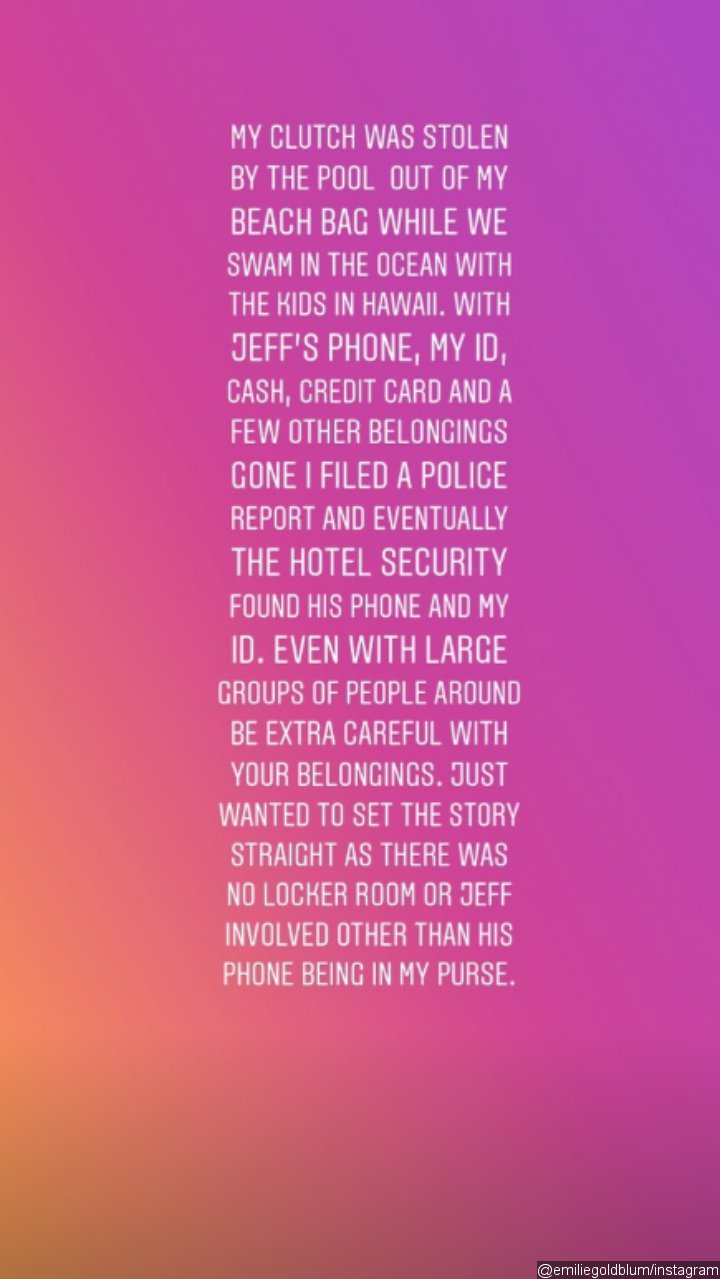 Goldblum has been in Hawaii to perform several gigs with his jazz band.

Jeff Goldblum Worries About Having to Leave His Children Prematurely

Jeff Goldblum Poses With His Star on Walk of Fame