In a Twitter announcement, the video streaming platform states that the promo for the Delicate singer's collaboration with Brendon Urie has become the highest female and solo debut.

The singer debuted the colourful promo for "ME!", which features nods to the films "Mary Poppins Returns" and "The Wizard of Oz", on Thursday night, April 25 - and now she's sitting pretty as the queen of the video streaming world.

A tweet from YouTube's official account on Saturday night read: "With 65.2 million views, congratulations @taylorswift13 + @taylornation13 on breaking the record for highest female and solo 24-hour debut for any music video on @YouTube." 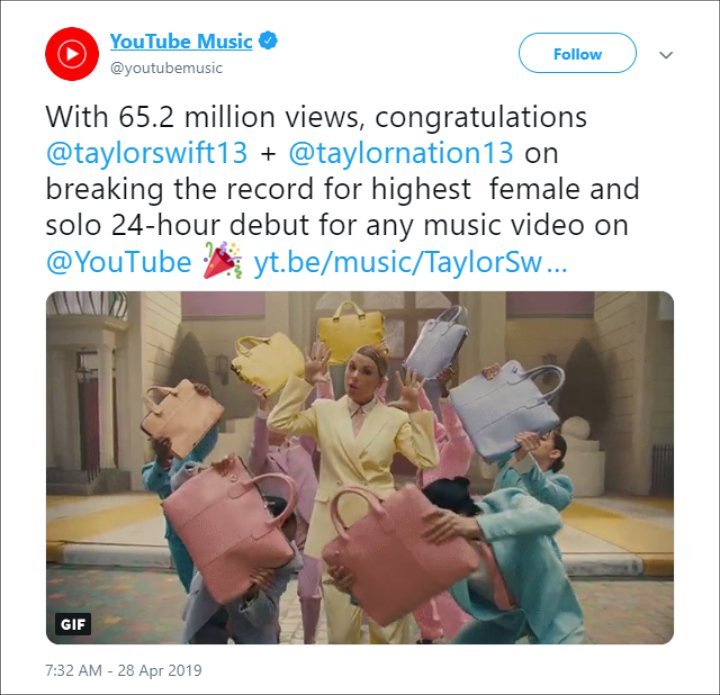 The video features Panic At the Disco frontman Brendon Urie, who also joins Taylor on the track.

Jessie J Gets Flirty With Channing Tatum in Birthday Message