Ariana Grande Has a Hard Time Performing Personal Songs at Tour: 'It Is Hell'

The '7 Rings' hitmaker, who has excluded songs about her exes Mac Miller and Pete Davidson, says she considers to change the set list of her 'Sweetener World Tour'.

AceShowbiz - Ariana Grande is thinking about changing up the setlist on her "Sweetener World Tour" because performing some of the intensely personal songs "is hell."

When the "7 Rings" singer kicked off the worldwide trek in March, she revealed that she wouldn't be singing "Ghostin" or "Imagine", which are thought to be about her failed relationships with late rapper Mac Miller, who passed away last year, and former fiancee Pete Davidson, because they are "too heavy" for her.

However, there are still personal tracks on the setlist and Ariana has been seen getting emotional at some shows. In a Twitter exchange with a fan on Thursday night, April 18, she revealed she was considering making changes because singing them every night is hard for her.

"Music is your therapy and I love seeing it heal you," a fan tweeted the 25-year-old, who replied, "Making it is healing... Performing it is like reliving it all over again and it is hell." 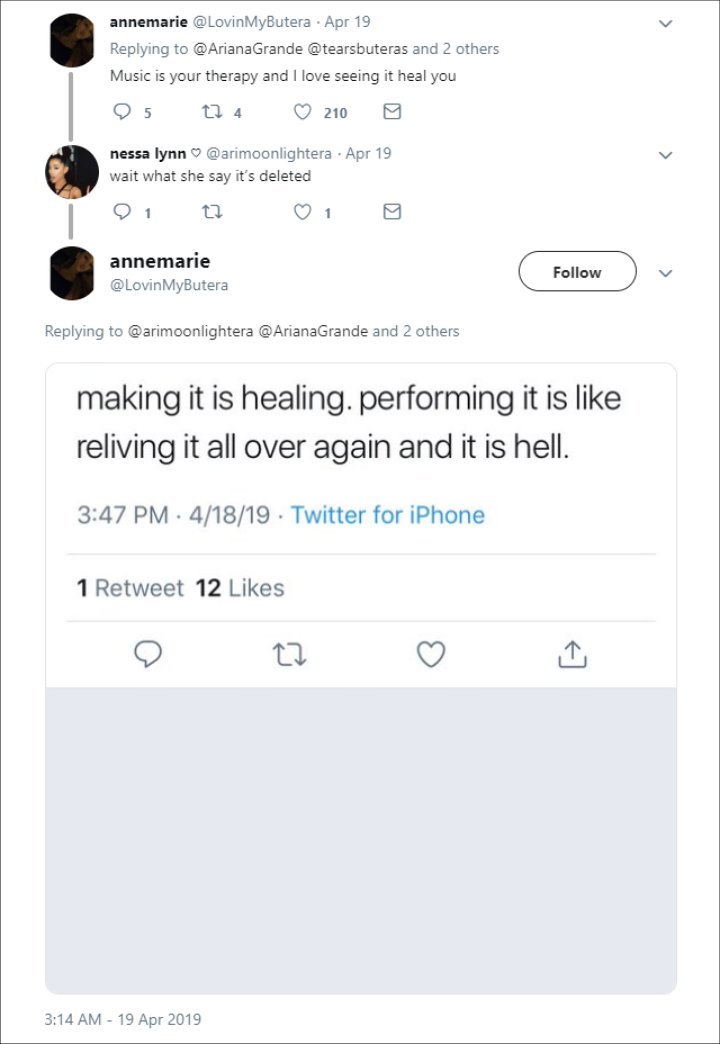 Fans rushed to support the star and tell her they "wouldn't be mad" if she cancelled her tour, but the "Thank U, Next" hitmaker assured them she wouldn't do that as calling it off would upset her even further.

"I just am sharing. it's hard and i'm trying and my soul is confused and tired and i love u," she explained. "Having a routine is good for ptsd. been readin bout it. i would be sad without the shows too. imma be ok. might change the set list a lil (sic)." 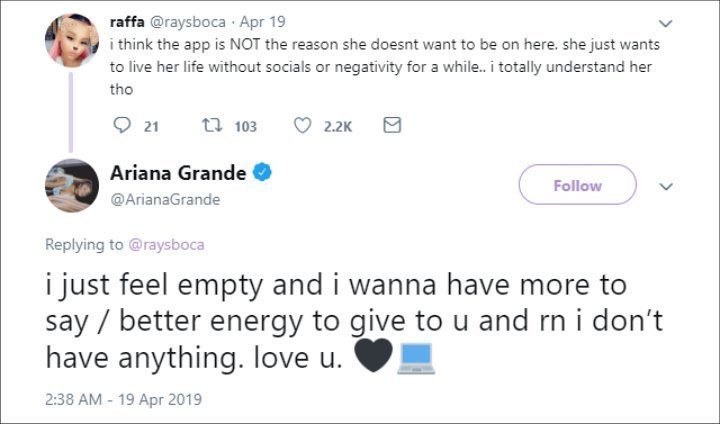 She later deleted all those tweets and told fans: "I just feel empty and i wanna have more to say / better energy to give to u and rn (right now) i don't have anything. love u."

Ariana will next be seen performing on weekend two of the Coachella Music Festival in California on Sunday.

Roman Polanski Files Lawsuit to Be Reinstated as Member of Academy