Meanwhile, the newly-released photos also features Grey Worm and Missandei seemingly bidding one another farewell ahead of the terrifying battle against the Night King and his army.

AceShowbiz - Ahead of the second episode of "Game of Thrones" season 8, HBO has unveiled several photos taken from the episode, giving fans a little better idea of what to come in the upcoming episode. One that is the most interesting thing from the new stills may be a preview of Jaime Lannister's (Nikolaj Coster-Waldau) trial in front of Daenerys Targaryen (Emilia Clarke).

[SPOILER ALERT!] The first episode of the eighth and final season of the hit HBO series saw Jaime arriving at Winterfell. And it will not be long until the Kingslayer meets the Queen, who definitely has a lot to say to him after he killed her father, the Mad King, during Roberth Baratheon's Rebellion.

The photo sees Jaime looking tense as he is standing at the center of the meeting room. Things don't seem look too good for him as the previously-released preview of the second episode featured Dany threatening to kill Jaime.

"When I was a child, my brother would tell me a bedtime story, about the man who murdered our father," Dany was heard saying to Jaime. "About all the things we would do to that man."

It remains to be seen if Jaime is put on trial for being the Kingslayer or they will also punish him for throwing Bran Stark (Isaac Hempstead Wright) out of the window back in season 1 after the latter witnessed him having an incestuous sexual intercourse with sister Cersei (Lena Headey).

Other photos from the forthcoming episode also feature other main characters including Jon Snow, Sansa Stark, Tyrion Lannister, Arya Stark and Samwell Tarly. The latter is seen snuggling up with Gilly and her young son Sam. That seemingly confirms that Gilly and her baby are okay after Sam, who just learned about the devastating news about his family in last episode, got worried about them.

Meanwhile, sir Jorah Mormont is still seen standing beside Dany who is also joined by Lord Varys. Grey Worm and Missandei are seemingly bidding one another farewell ahead of the terrifying battle against the Night King and his army.

The season opener for "Game of Thrones" season 8, which premiered on April 14, set new franchise record after drawing in 17.4 million viewers. It was said that the tally included 11.8 million viewers watching the first-run telecast. Meanwhile, the rest of number of views was brought by those who watched the first episode of season in HBO Now.

HBO also reported that Sunday's viewing was the most tweeted about episode of "Game of Thrones" throughout its seasons with more than five million tweets and 11 million mentions over the weekend. 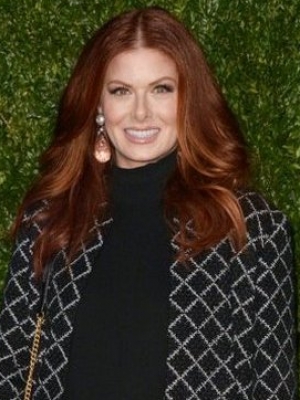