The DC superhero movie delivers a victory for Warner Bros. with an opening haul which is above industry estimates, while the horror film also exceeds studio expectations.

AceShowbiz - "Shazam!" strikes past its competitors to top North American box office. The fantasy action comedy movie, which is made funnier and less serious than other DC-Warner Bros. superhero movies, debuts atop the chart with an estimated $53.4 million on its opening weekend.

It's exceed the expectations, which anticipated a start around $40 million to $45 million. Combined with its $3.33 million gross from Fandango advance screenings in March, the Zachary Levi-starring flick has collected $56.7 million domestically.

Added in $102 million from 79 international markets, "Shazam!" has earned a total of $158.6 worldwide so far. That's a good start for the first movie featuring an untested DC property which was made on a relatively modest budget of $90-100 million.

The victory proves that the studio's fun formula worked for "Shazam!". Paul Dergarabedian, senior media analyst for Comscore, weighs in, "DC has really found its groove. They're really breaking out each character. Shazam and the Joker could not two more different characters within the DC Universe. But that diversity of content is going to serve them well."

Also making its debut at the chart this weekend, "Pet Sematary" sealed its spot at No. 2. The horror movie adaptation of Stephen King's novel delivered higher than studio expectations with approximately $25 million, against its $21 million production budget. It is the second largest opening for a King adaptation, behind only 2017's massive hit "It". The movie receives 61% approval rating on Rotten Tomatoes, but audiences only gave it a C+ CinemaScore.

Paramount's domestic distribution chief Kyle Davies acknowledges the changes that are made in the movie from the source material factor in the audiences' judgement. "Spring suddenly got very competitive. I think this rose above the fray because it's one of Stephen King's most popular books and the filmmakers did a great job delivering the scares," he says. "They really paid respect to the original source material, but added some new twists."

Another newcomer that got a wide release this weekend is "The Best of Enemies" starring Taraji P. Henson and Sam Rockwell. The drama based on a true story about the unlikely relationship between a civil rights activist and a Ku Klux Klan leader delivered an underwhelming $4.5 million from 1,705 screens for a sixth spot.

Last week's champion "Dumbo" slides to No. 3 with an estimated $18.2 million, seeing a significant drop of 60.4% after its less-than-stellar debut. "Us" also drops two places to No. 4 with approximately $13.8 million, while "Captain Marvel" places fifth with additional $12.7 million, bringing its total gross to $374.1 million domestically and crossing $1 billion worldwide.

Billie Eilish Sets Multiple Records on Billboard 200 With 'When We All Fall Asleep, Where Do We Go?'

'Shazam!' Director Is Proud That the Movie Manages to Protect Its Secret Cameos

Find Out Why Zachary Levi Needs to Calm Himself Down First Time He Wore 'Shazam!' Costume 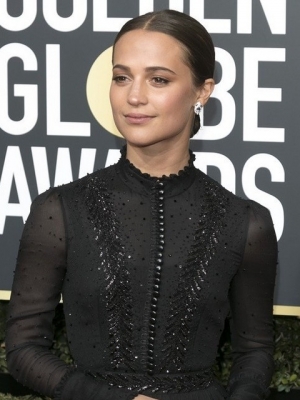