The WWE star cozies up to the beautiful brunette during a romantic walk in Vancouver, Canada.

AceShowbiz - Turns out John Cena is not single anymore, almost a year after calling off his engagement to Nikki Bella. The professional wrestler was spotted going on a date with mystery woman in Vancouver, Canada on Thursday, March 28.

The 41-year-old hunk and the mystery brunette looked so in love as they walked arm-in-arm during the romantic outing. They reportedly enjoyed dinner, which lasted for four hours, before they went for a stroll as captured in the picture.

They appeared to enjoy each other's companion very much as the new lovers flashed big smiles during the walk. John dressed for comfort in a gray long-sleeve T-shirt and black pants, while his new lady looked chic in a black leather jacket and matching tight pants. 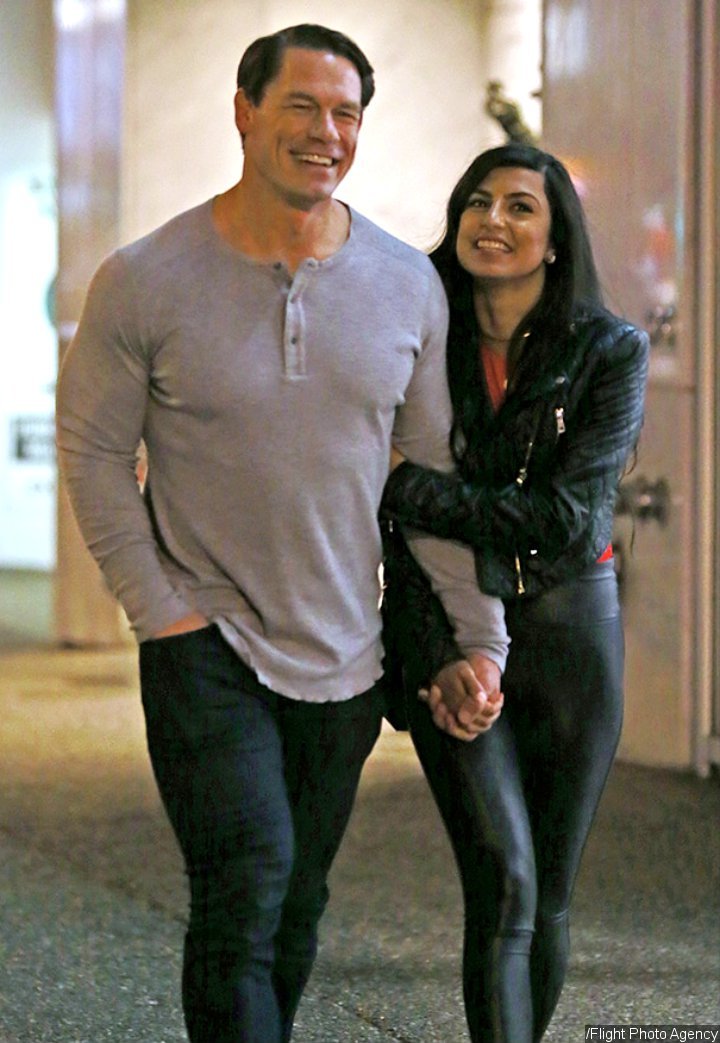 John is in the city to film his new movie, "Playing with Fire", which is directed by Andy Fickman.

John's date with the new woman comes after his former fiancee Nikki Bella admitted that seeing him with someone new would "kill her." She said in the latest episode of "Total Bellas", "No matter what, the next time I see him with someone it's going to kill me."

She added though, "I still have a long way to go. But honestly, I'm ready for a new me. I need it. You know what I feel like I need to do? I need to start living as if I don't care whether it's my ex or anyone else watching me and afraid to hurt their feelings. I just want to move forward."

Nikki herself has moved on by dating her former "Dancing with the Stars" partner Artem Chigvintsev. After weeks of fueling the romance rumors, the pair were pictured locking lips during a lunch date at Joan's on Third in L.A. on Sunday, March 10. She also confirmed her relationship with the professional dancer on the E! reality series.

Phaedra Parks Misses 'RHOA', Is 'Hopeful' She Can Return One Day