'The Bachelor' Finale Part 1 Recap: Colton Underwood Is Left Alone, Tries to Get His Love Back

The first part of the finale sees him taking a big measure as he's sure who he's in love with.

AceShowbiz - "The Bachelor" season 23 aired its finale part 1 which picked up right after Colton Underwood jumped over the fence after Cassie Randolph broke up with him. Host Chris Harrison and the producers were seen looking for him in the middle of the night. As they were arguing over calling the police or not, they finally caught up to the Bachelor.

"I'm done with this s**t," he told Chris before he broke down in tears. The next day, when Chris visited him in his hotel room, Colton told him that while he was falling in love with the remaining two women, Tayshia Adams and Hannah Godwin, it was Cassie whom he's in love with.

He believed that Cassie was hesitant with her own feelings and their relationship because there were still two other women. Colton revealed that he wanted to make things between him and Cassie work and was willing to risk everything for her.

With that, he broke up with Tayshia and Hannah. He told Tayshia first, explaining that he was in love with Cassie. The two broke down in tears. Tayshia assured him that he's a "good guy" with Colton letting Tayshia know that she "doesn't deserve this."

During the live "Bachelor" viewing party, Tayshia admitted she was "hurt" when Colton told her that he was in love with Cassie. When she confronted Colton for the first time following the breakup, he told her that the fault was not in their relationship. It was simply because his heart was with someone else. Taking it well, they ended things amicably with Tayshia wishing him the best.

As for how things were going with Hannah G., she was super furious when Colton came to her room and gave her a similar speech to what he did to Tayshia. "I didn't expect for you to say that," she told Colton. "I think I'm just wanting to get out of here because I'm so over this," she added while tears begun to come.

Hannah was also present at the viewing party. She revealed that she hadn't got a proper closure about their split and was even more confused after she watched the show. She believed that there was strong chemistry going on between her and Colton.

She later asked Colton why he didn't give her a chance in the Fantasy Suite. The Bachelor explained that he wanted to be honest with her and didn't want to lead her on. Hannah told Colton that him telling her he was in love with Cassie was like a "slap in the face." Despite all that, they were able to come to an amicable parting.

This whole thing marked the first time in "The Bachelor" history to have a Bachelor who was left alone. But Colton was not giving up on Cassie, saying, "I'm willing to do anything and everything because that's how much I love Cassie."

The next thing viewers saw was Colton knocking on Cassie's hotel room door. But we need to wait for the second part of the finale to learn how things are going. The final episode will arrive on March 12 at 8 P.M. on ABC.

Gwyneth Paltrow Reveals Jeff Bezos Ghosted Her Twice: 'He Never Wrote Me Back'

'The Bachelor: LTYH' Recap: 7 Couples Show Off Talent and Chemistry in Musical Performances 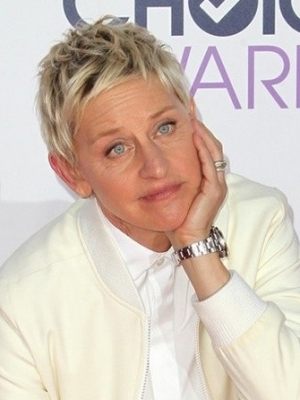