Jennifer Esposito seems to laugh at her ex-husband's expense after his intimate duet with GaGa at the Oscars fuels their hookup rumors.

AceShowbiz - Bradley Cooper's ex-wife Jennifer Esposito has weighed in on those Lady GaGa romance rumors. The "Blue Bloods" alum took a subtle shade at her ex-husband as his intimate duet with his "A Star Is Born" co-star at the 2019 Academy Awards fuels the speculations.

David Spade, who watched the prize-giving event at home, took a photo of the on-screen couple's performance and posted it on Instagram and Twitter. He jokingly captioned it, "Is there any chance these 2 aren't f**king?"

Is there any chance these 2 aren’t fucking?

Esposito seemed to laugh at Cooper's expense at she commented with a simple but snarky word, "Ha."

Esposito 's comment didn't go unnoticed by other Instagram users, who were mostly rooting for her. One simply called her reaction "perfection," while another fan chimed in, "I've always loved you, but I love you even more that you weren't afraid to comment." Another added, "smart lady...he's sure sounds like a narcissist...been there done that..glad u got out before he tried to destroy u."

Esposito was married to Cooper for only four months before divorcing in 2007. She slammed her ex in her 2014 memoir, writing, "I should have noticed the red flags from the beginning-actually, they were more like an entire marching band squad of red flags - but I ignored them."

"He was funny, smart, cocky, arrogant, and a master manipulator. I didn't necessarily find him that attractive, but I figured that I could enjoy his sense of humor and nonsense for a while," she continued. "We had fun, but he also had a mean, cold side. His personality could flip on a dime."

Cooper is currently in a longtime relationship with Irina Shayk, who is also the mother of their daughter. The model didn't seem to be bothered by all those romance speculations linking him to GaGa, looking proud as she stood on her feet to applaud her man and his co-star following their rendition of "Shallow" at the Oscars. Shayk also looked friendly with GaGa at the ceremony, sharing an embrace inside the venue. 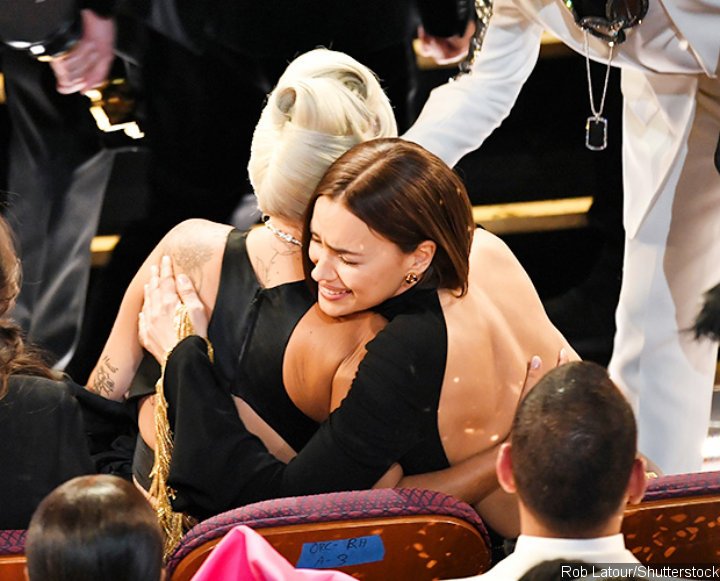 Lady GaGa and Irina Shayk shared a friendly hug during the Oscars.