Somewhere in the trailer, George's Scheisskopf seems to be excited to see some heads and balls that have been blown off while John Yossarian (Christopher Abbott) looks at him in horror.

AceShowbiz - George Clooney is back on television screen! Hulu has just unveiled the first teaser for its upcoming World War II miniseries "Catch-22" which is based on Joseph Heller's acclaimed novel. Clocking at 1 minute and 13 seconds, the footage gives fans a better look at George's take on Scheisskopf, a barking mad, parade-obsessed military officer.

Released during the network's panel at TCA presentation, the teaser of the satirical WW II drama opens with Colonel Cathart (Kyle Chandler) telling his team, "Some of you will not be coming back. It's another way of telling you that these basic statistics tell us that if in your final moments you see death, think no of death. Think of the living." He then adds, "And know this, that your sacrifice will not have been in vain."

Meanwhile, somewhere in the trailer, George's character seems to be excited to see some heads and balls that have been blown off while John Yossarian (Christopher Abbott) looks at him in horror. At one point, John can be heard saying, "Insanity is contagious!"

The 6-part limited series follows "Christopher Abbott is Yossarian, a bombardier, whose frantic obsession every time he goes up on a mission is 'to come down alive.' His odds of success at such a simple aim keep getting worse, because Colonel Cathcart (Kyle Chandler) keeps raising the number of missions the men have to fly. More than the retreating Germans, the real enemy for Yossarian and his rag-tag bunch of friends is the bureaucracy of the military, inverting logic at every turn."

"The pinnacle of this is Catch-22, a military by-law which states that if you fly your missions, you're crazy, and don't have to fly them; all you have to do is ask. But if you as not to, then you're sane, and so you have to fly them," its official synopsis continues.

In addition to starring, George is directing two episodes of the series. Other episodes are helmed by Grant Heslov and Ellen Kuras ("The Umbrella Academy"). Meanwhile, "Animal Kingdom" and "The Rover" director David Michod and "Beautiful Boy" writer Luke Davies are among its writing staff. 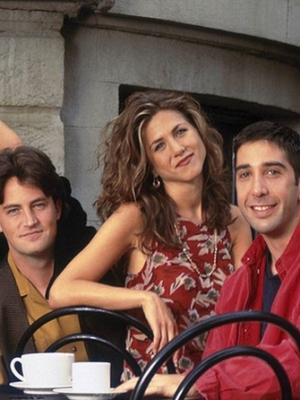