The former President of the U.S. wears a Santa hat and delivers presents to sick kids at Children's National Hospital in northwest Washington, D.C.

AceShowbiz - Barack Obama was embodying the spirit of Christmas. On Wednesday, December 19, the former POTUS visited Washington Children's National Health System to spread the holiday cheer for the sick and their families.

In the hospital located by the Northwest of Washington D.C., Obama was dressed like Santa Claus, minus the red gear and boots. He wore a grey sweater, dark pants and brown shoes, complete with a red Santa hat while carrying a sack of gifts around. He "greeted individual patients in their rooms and stopped by several playrooms" to deliver goodies for children, according to a release by the Office of President Barack Obama. 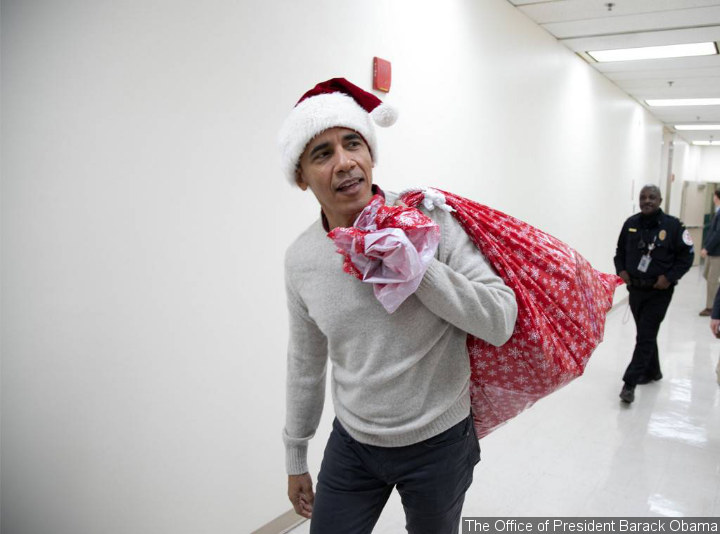 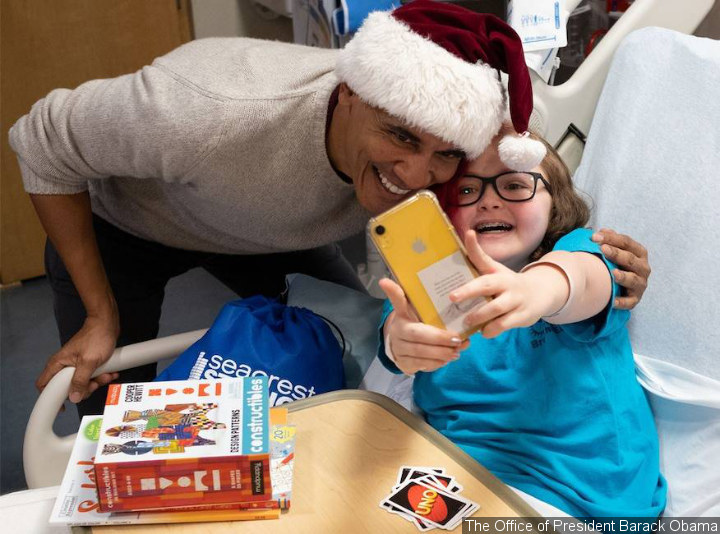 Obama took a photo with a child.

Aside from children, the former president also "spent some time with parents and siblings of kids who are spending the holidays in the hospital." The chief executive and president of Washington Chidren's National Health System, Kurt Newman, gushed about his stopover, "I know they will be talking about it for years to come." 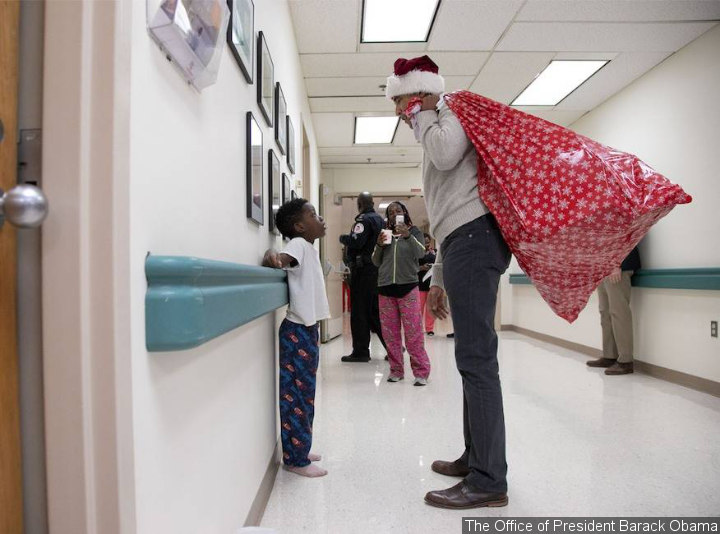 Obama talked to one of the young patients.
See also...

Kurt continued, "At such a busy time of year, when no one wants to be in the hospital, his natural warmth lifted the spirits of those kids, their parents and of each staff member he met along the way."

Before he left the hospital, Obama expressed his gratitude to the hospital members for their hard work. "I just want to say thank you to all of you guys," he said. "I got a chance to talk to some of the wonderful kids and their families and at a time that obviously is tough for folks." 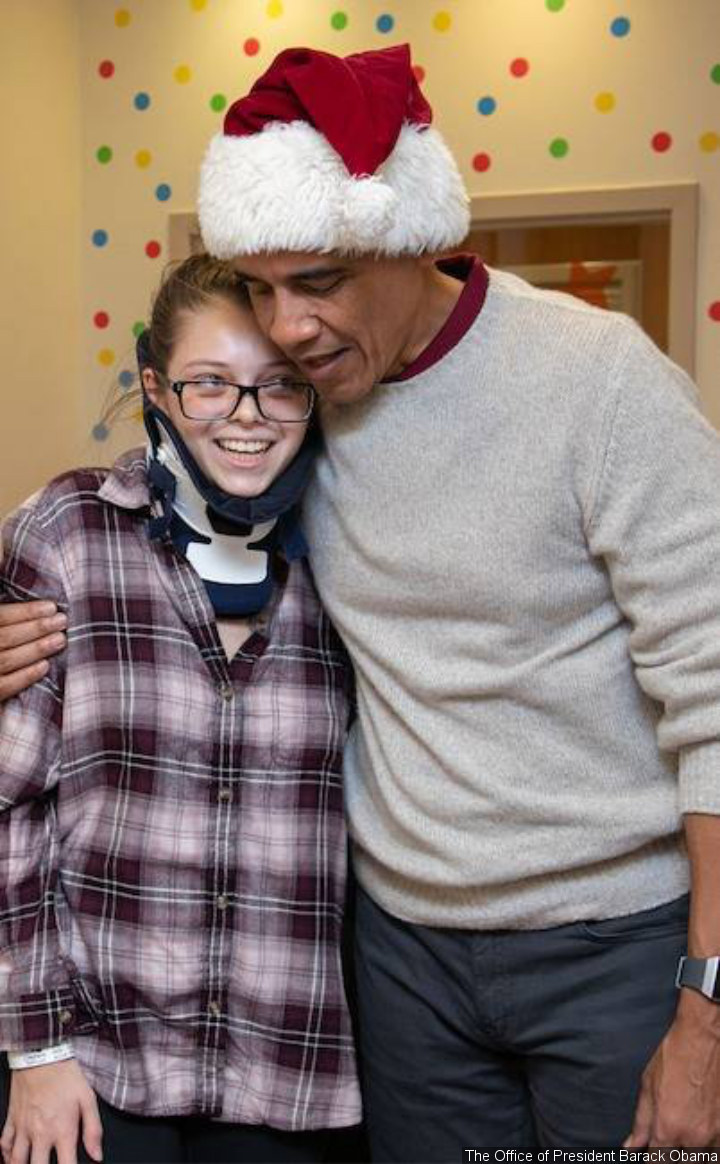 Obama hugged one of the sick children.

He continued, "As a dad of two girls, I can only imagine in that situation to have nurses, staff, and doctors and people who are caring for them, and looking after them, and listening to them, and just there for them and holding their hand, that's the most important thing there is. What a great reminder of what the holiday spirit is supposed to be about." 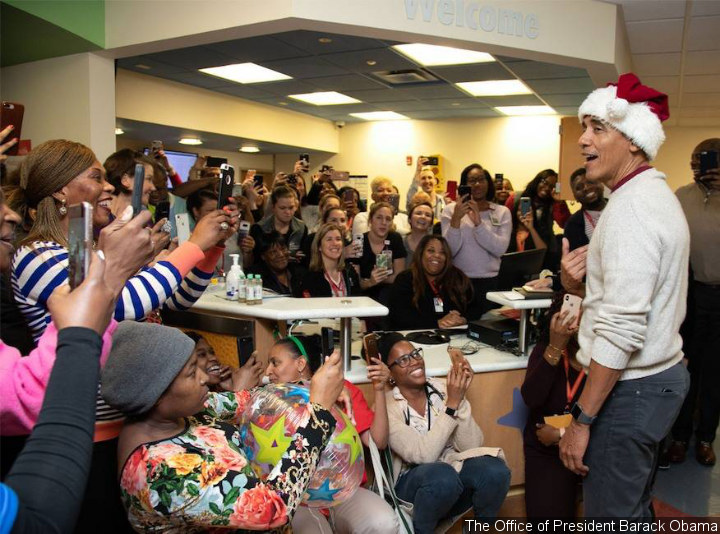 Obama was swarmed by people in the hospital.

Only a few staff knew about the former president's visit. Obama recorded an apology video message on the hospital's internal TV system for people he wasn't able to visit. But by the time he had to leave, he was swarmed by a group of crowd chanting his name and belting out "We Wish You a Merry Christmas".

Michelle Obama to Kick Off Her Podcast With Barack Obama Interview