Is Halsey Moving on With John Mayer After G-Eazy Split?

The 'Closer' singer sparks romance rumors with John after she had an early morning karaoke session with the ex-boyfriend of Katy Perry.

AceShowbiz - Halsey may have rebounded following her second split from G-Eazy. The 24-year-old singer has sparked romance rumors with John Mayer after she got flirty with the 41-year-old heartthrob on Instagram.

On early Tuesday morning, November 6, the "Without Me" singer posted a video of her having a karaoke session with the ex-boyfriend of Katy Perry. The "Your Body Is a Wonderland" hitmaker wasn't there in person, but they connected through a video chat.

"7 am carpool karaoke with John Mayer," Halsey captioned the post. John, who was wearing a sweater and holding a microphone, looked straight into the camera and looked focused on the "Closer" songstress. 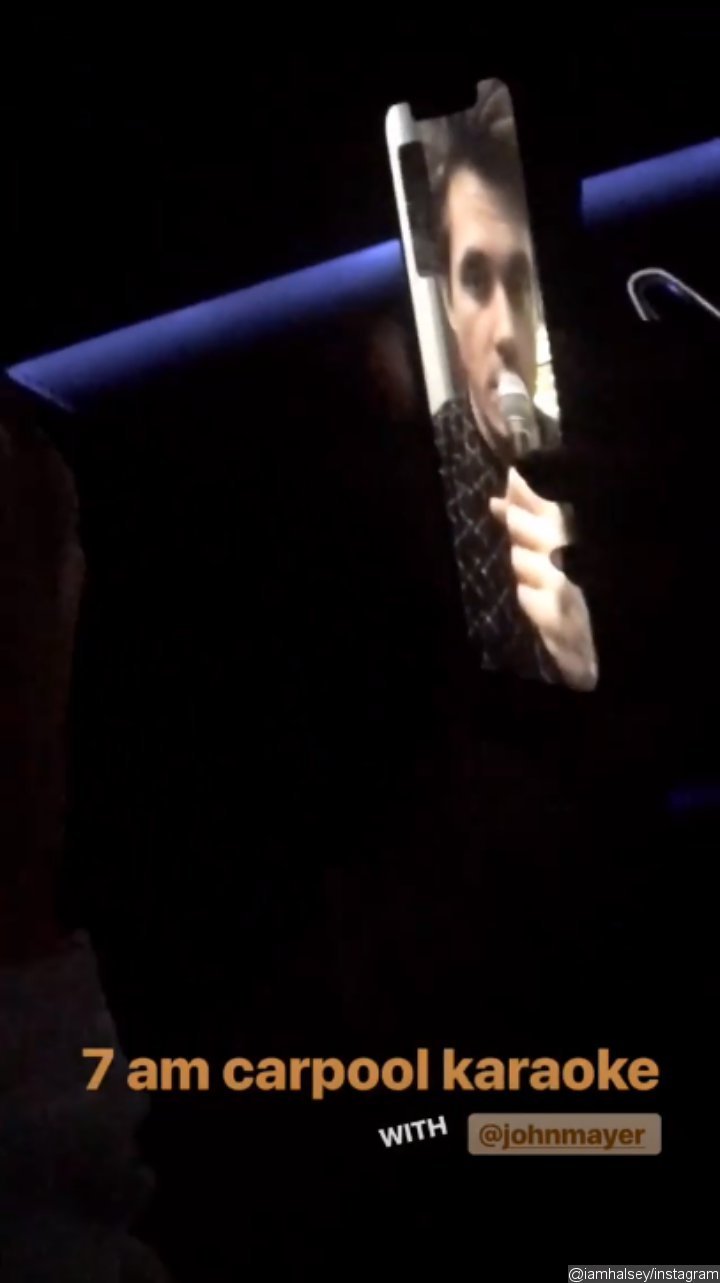 Halsey shared a video of karaoke session with John Mayer on Instagram Story.

While it could be a hint of an upcoming collaboration, fans quickly jumped to a conclusion that there's something romantic going on between the two. This was fueled by the stars' flirty Instagram comments, even before Halsey broke up with G-Eazy.

Most recently, John commented on a snap of Halsey promoting YSL lipstick. "It's saying my billing address doesn't match with the one on my credit card? I've never had this problem before. Can you text me?" he wrote.

Previously in July, when the New Jersey-born singer posted a sultry video of her tying a cherry stem in a knot with her tongue, John cheekily claimed that he could "make a Snickers bar appear."

Halsey has also heaped praise for the "Who Says" crooner. Wishing her "brain twin" a happy birthday, she posted on Instagram, "You're one of a kind and I'm so happy to have dipped the smallest toe into your waters. Blessed to even watch your current from afar."

Halsey and G-Eazy broke up for the second time in late October, just two months after rekindling their romance. The former couple first split in July this year after dating for a year.

As for John who is a notorious a ladies' man, he has not been in a public relationship for quite a while. His famous exes include Jennifer Aniston, Jessica Simpson and Katy Perry. He recently clarified his claim that he has bedded around 500 women. "I actually went back over my entire dating history and... my number is six. So I just wanted you to know that. That my number is six," he said on "Current Mood".

Halsey Positive She Will Become a Mother Despite Living With Endometriosis