Sam Heughan Thinks It's Time for a Scottish James Bond

Being fans' favorite to replace Daniel Craig, the 'Outlander' hunk reveals he had once auditioned for the 007 role during an appearance on 'Live with Kelly and Ryan'.

AceShowbiz - Sam Heughan's stock as the next James Bond has shot up following the actor's big reveal he once auditioned to play 007.

The "Outlander" star has been among the fan favourites to replace Daniel Craig when the current Bond walks away from the franchise, and how he has come clean about his links to the fictional superspy.

"Have I thought about it? Yeah, I have a few times," Sam said when he was asked if he had considered the role during an appearance on "Live with Kelly and Ryan" on Thursday, November 01.

"I did audition for Bond a long time ago when they were redoing it with Daniel Craig, when he was Bond 21. They were going to go younger with him and it was a pretty good experience."

And Sam believes he'd be the perfect choice to play 007: "It's about time we got a Scottish Bond," he said.

"Outlander" author Diana Gabaldon has also endorsed the TV drama's leading man as a perfect fit for the iconic role of 007.

Heughan recently topped a poll of potential Bonds, and Gabaldon, who wrote the "Outlander" novels, would love to see him in a tuxedo.

"I have seen that Sam is being tipped for James Bond and I think it would be great," Diana recently told the Scotsman. "Sam would do a fine job of it. There is always a lot of talk every time James Bond changes, so it's anybody's guess. But I don't think he would have to leave 'Outlander' to be James Bond... 'Outlander' is a television show, so it would just be a matter of scheduling."

Heughan appeared to like what the writer had said, tweeting: "Cheers Gabs. Or should I say, Moneypenny" - referring to Bond's secretary pal, currently played onscreen by Naomie Harris.

Sam Heughan Thinks It's Time for a Scottish James Bond 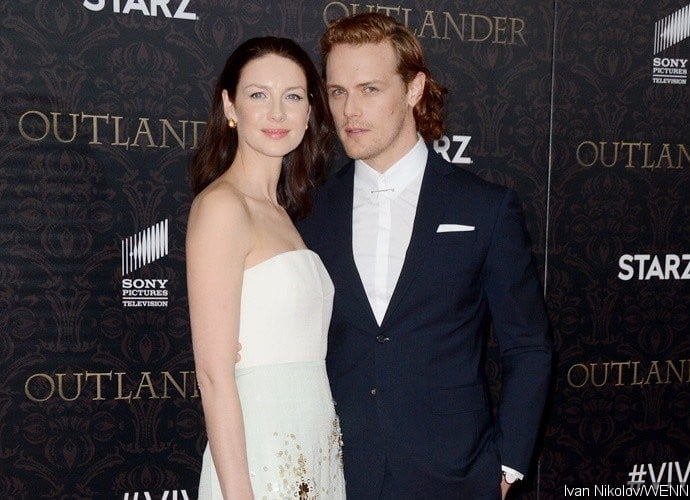