A video of Seungri leaving YG Entertainment building with a woman, who is believed to be Yoo Hye Won, has surfaced online amid the dating reports.

AceShowbiz - Seungri is the latest K-pop star to have been hit with dating rumors. Words are the Big Bang member is currently in a relationship with a rookie actress named Yoo Hye Won. The news was first reported by Taiwanese media outlet ET Today.

The news outlet claimed that the 27-year-old singer/actor and the rookie actress have been dating for a year. The media outlet pointed out that the rumored lovebirds have been sharing "lovestagram" posts, in which they were spotted wearing similar items or at the same locations.

A video has spread online via Weibo showing Seungri and a woman, who is believed to be Yoo Hye Won, leaving YG Entertainment building together and entering the same car. A picture taken by an onlooker also captured Yoo Hye Won hugging Seungri on the street. 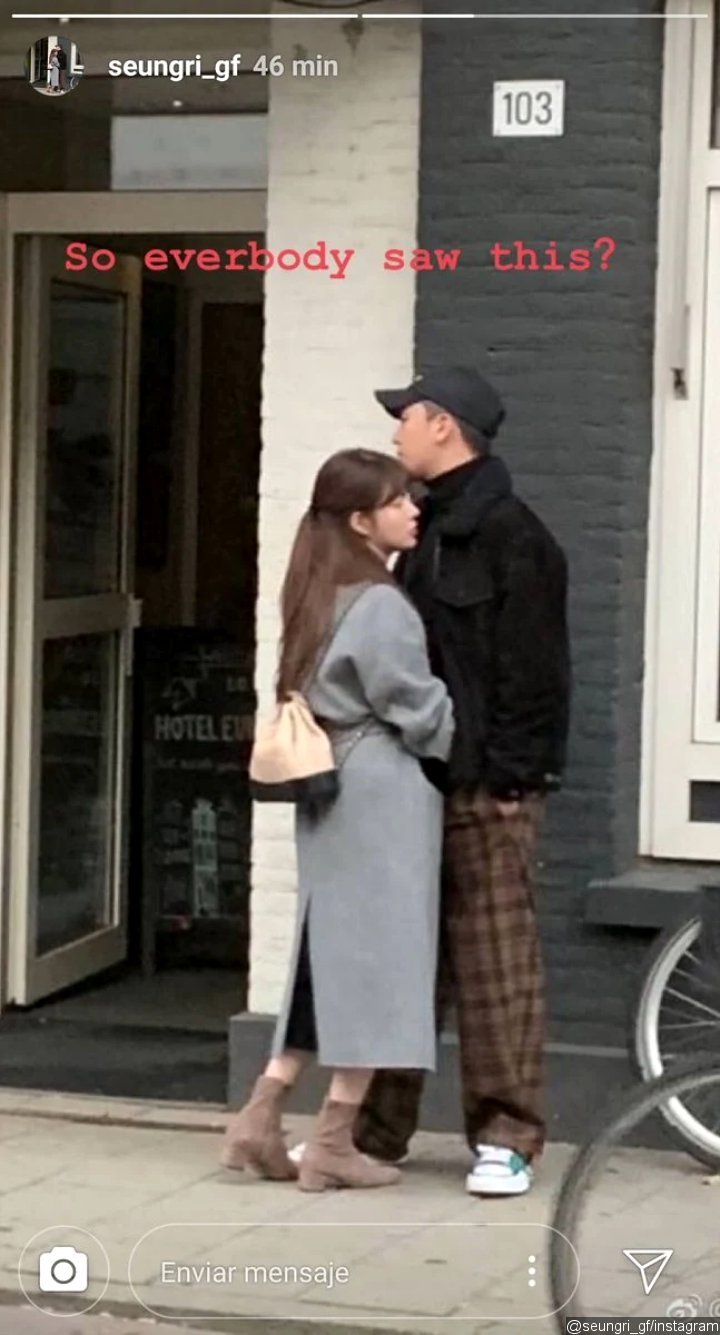 An onlooker caught Seungri and Yoo Hye Won getting cozy on the street.
See also...

I’m in love with the #amsterdam #ade 💐

YG Entertainment, which represents Seungri, has not responded to the rumors. Meanwhile, Yoo Hye Won's agency SBD Entertainment said in a statement regarding the news, "We are currently in the middle of checking to see if Yoo Hye Won and Seungri's dating rumors are true."

Seungri is the only Big Bang member who is currently active, while the rest are enlisting in military. He recently released his new solo album "The Great Seungri" in July. In support of the effort, he debuted a music video for "Where R U From" which features some celebrity cameos by Mino of Winner (II), Sam Okyere, Daniel Lindemann and comedian Yoo Byung Jae. He got political with the clip, spoofing a world political summit which attendees include Donald Trump and Kim Jong Un's look-alikes.

As for Yoo Hye Won, the starlet is known to be friends to Seungri's labelmate, BLACKPINK's Jisoo.