Ann McGregor says her son was prescribed strong pain medication for dental work, which she believes might have affected his sobriety without him realizing.

AceShowbiz - The mother of late actor Cory Monteith has admitted the "Glee" star was taking pain medication for dental work weeks before his tragic overdose.

Cory's body was discovered in a hotel room in Vancouver, Canada, in July 2013 with reported traces of morphine, codeine, alcohol and heroin in his system. The coroner ruled his death as an accidental overdose from "mixed drug toxicity" and suggested his intermittent bouts of drug abuse and abstinence could have lowered his tolerance to certain substances.

It's a theory Ann McGregor, 67, firmly believes, after she revealed the star had undergone "massive" dental work between May and July 2013, two months after he checked into a month-long rehab stay in April.

Cory was subsequently prescribed strong pain medication, which Ann worries could have affected his sobriety without him realising.

"He had little teeth and they were all capped," she shared with editors at People. "He had a lot of medication in his system, which was not good for his body coming out of rehab."

"He didn't have enough drugs in his system to kill him, but for some reason it did because of his intolerance."

The actor's mother went on to add that it feels like "no time at all" has passed since she lost her son aged 31, despite marking the five year anniversary of his death last week (July 13).

She also reflected on their "very close" relationship, which she believes formed as a result of raising him by herself.

"We used to go everywhere together," she recalled. "We had a favourite restaurant where we'd share fish and chips. Even at three years old, he would stand at the counter and pay the bill. He could talk to anyone. He just had a way about him, and all I could do was enjoy it."

"Cory believed in prevention, rather than trying to fix people," she stated. "He wanted to give children opportunities to shine and feel good about themselves so they wouldn't turn to drugs." 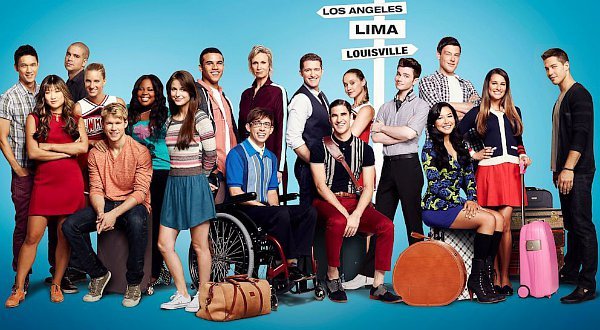 'Glee' Cast Commemorates Cory Monteith on Anniversary of His Death