One of the post-credits scenes reveals why Paul Rudd's Scott Lang a.k.a. Ant-Man is unable to help the other Avengers fight Thanos in 'Infinity War'.

AceShowbiz - Don't leave your seats right away after watching "Ant-Man and the Wasp" in theaters. There are two post-credits scenes attached to the movie that will immediately switch the mood after all the laughs because of the silly banters in the latest Marvel movie.

[SPOILER ALERT!] The mid-credits scene shows Hank Pym (Michael Douglas), Janet van Dyne a.k.a. the original Wasp (Michelle Pfeiffer), and Hope a.k.a. the Wasp (Evangeline Lilly) working to help heal Ghost / Ava Starr by sending Scott into the Quantum Realm again to gain some quantum energy which will be used to repair the quantum damage done to Ghost. Scott zips into the Quantum Realm using Hank's Quantum Tunnel, but when he finishes collecting the particles and requests a return trip, there's no response.

Turns out Hank, Hope and Janet have turned into dust as the result of Thanos' universe-changing finger snap which eliminates half of the population on Earth, leaving Scott stranded in the Quantum Realm. How Scott will make it back to the physical world remains to be seen in the next Marvel movie.

Meanwhile, the second scene that plays after the very last credits roll still finds the funny in the grim aftermath of the events in "Infinity War". It shows the city of San Francisco that is ghostly quiet, while an emergency alert shows on TV. A lone giant ant that Scott used as his stand-in while sneaking out of house arrest continues impersonating Scott Lang and perfecting its drum skills.

Rudd's Ant-Man is expected to return and reunite with other "Avengers" characters in "Avengers 4", which is set to be released on May 3, 2019 in the U.S. 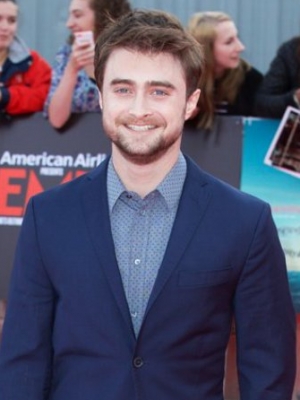