While Carrie and Kelly stun in their glamorous gowns, some others opt for casual looks at the country music award event.

AceShowbiz - Carrie Underwood and Kelly Clarkson never failed us with their red carpet looks. The two stars led the glam squad at the 2018 CMT Music Awards which is being held at the Bridgestone Arena, Nashville on Wednesday, June 6.

Making a rare red carpet appearance with her husband Mike Fisher since the fall in late 2017 that left her with facial injuries, the 35-year-old singer looked flawless in a yellow, hand-beaded mini dress by Nicolas Jebran. Once inside the venue, she changed into a sequined silver jumpsuit. 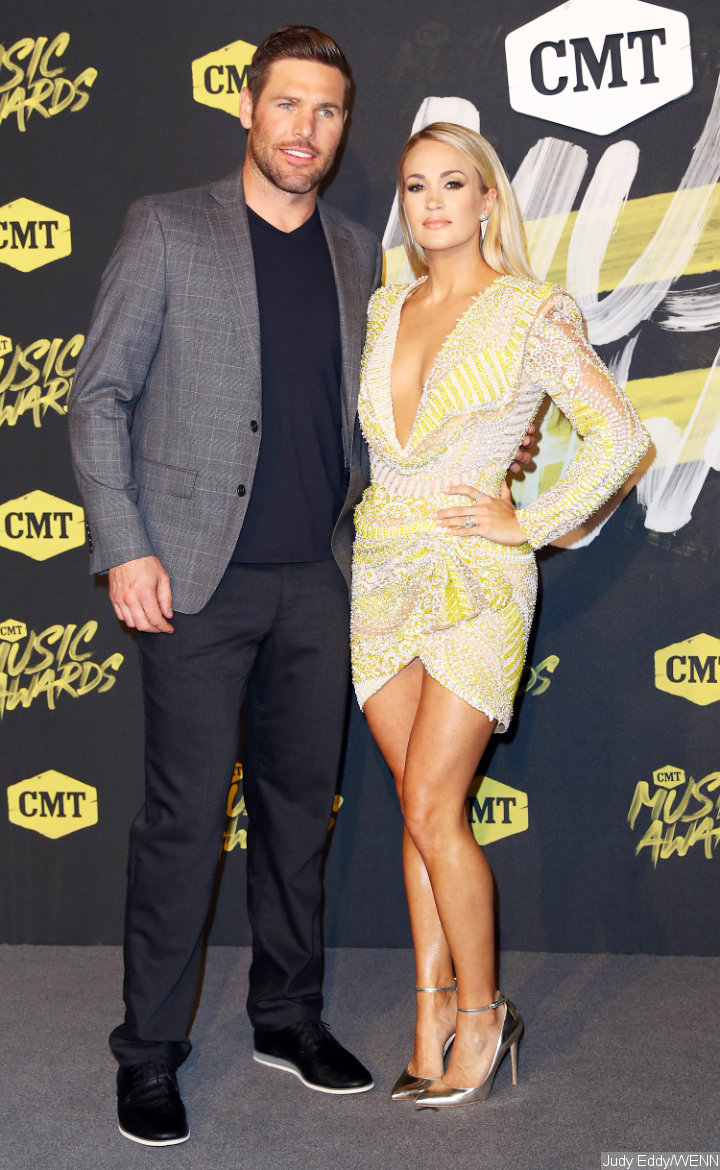 Kelly was stunning in a floor-length black gown featuring a thigh-high slit up the center, long sleeves, strong shoulders and crystal detailing on the collar and torso. She completed her look with big diamond oval-shaped drop earrings and strappy black heels. 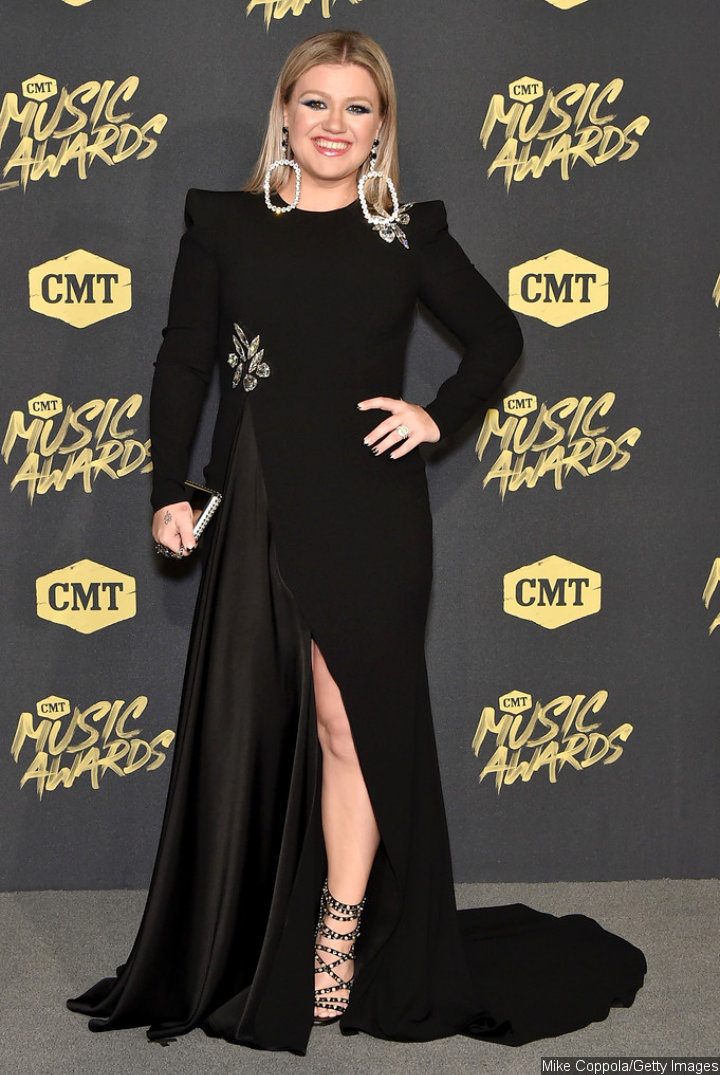 Also going with black, Kelsea Ballerini bared her midriff in a black spandex tank top and trousers with a sort of trail. She came with her singer husband Morgan Evans, who opted for comfortable outfit in a white shirt with a black stripe and black pants. 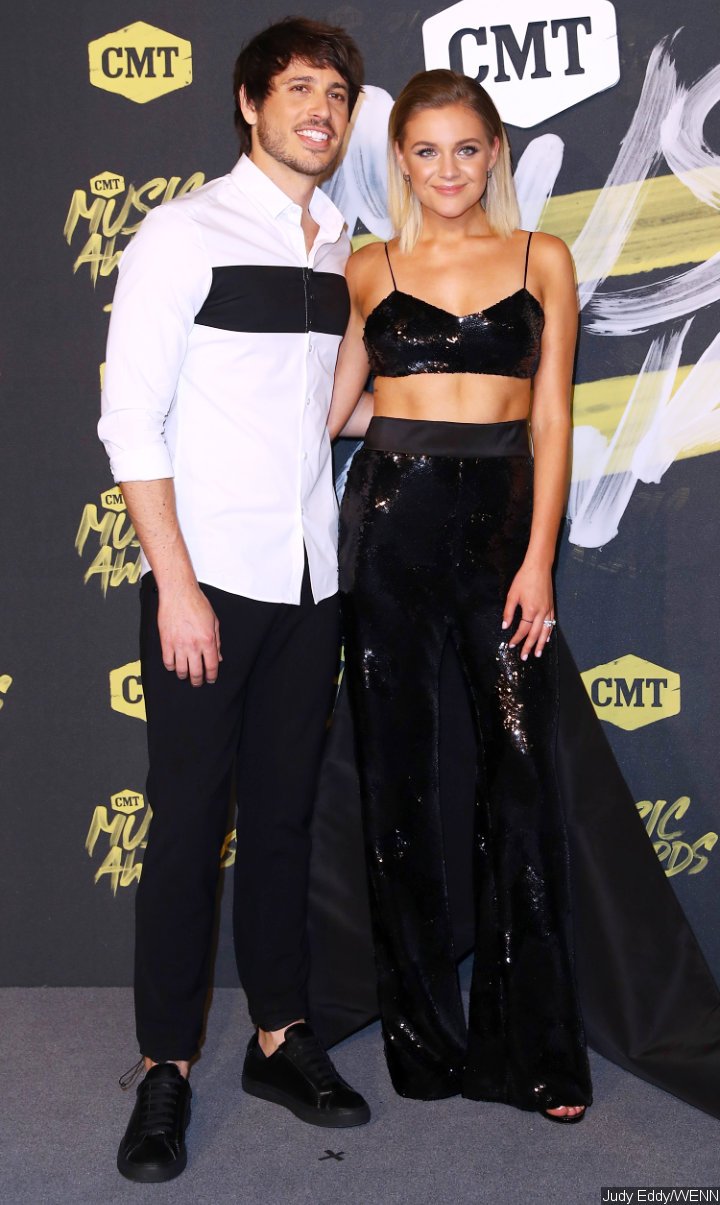 Another singer couple, Jason Aldean and Brittany Kerr, stayed true to their individual styles. Jason showed up in his leather jacket, jeans and cowboy hat, while Brittany oozed vintage glamor in a blue metallic dress. 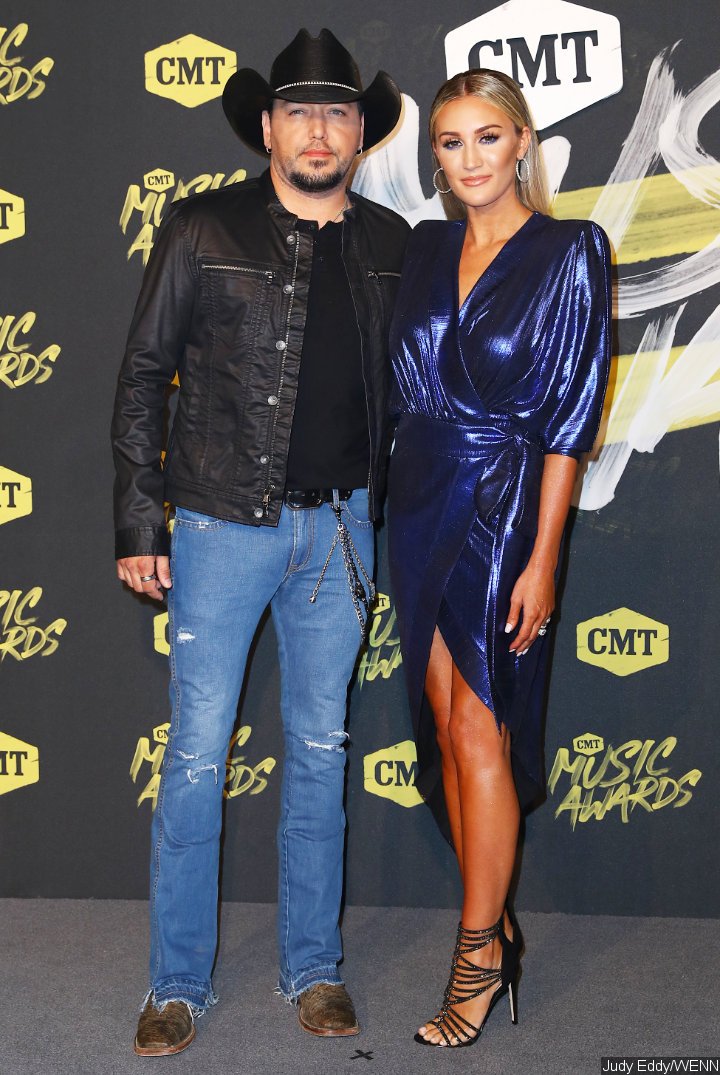 "The Voice" season 4 winner Danielle Bradbery wore a mini white dress with asymmetrical cuts and embellished shoulders. Cassadee Pope donned a two-piece which consisted of a shimmery wrap-around skirt and matching crop top. "This Is Us" star Chrissy Metz also glammed up in a black shimmery dress with long sleeves. 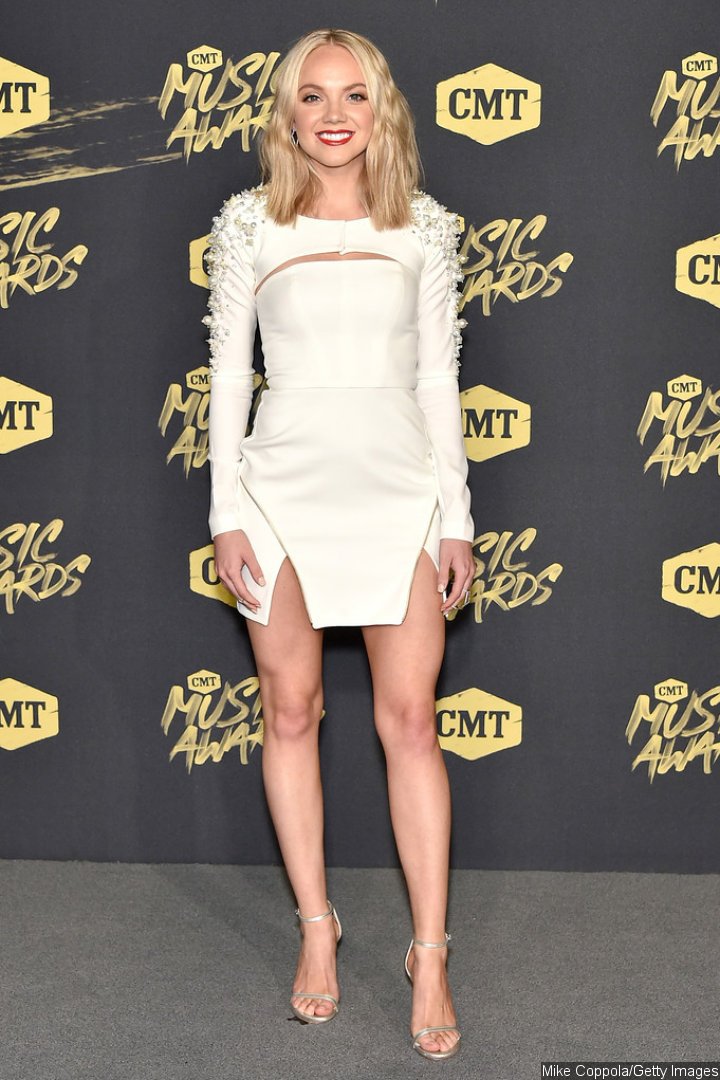 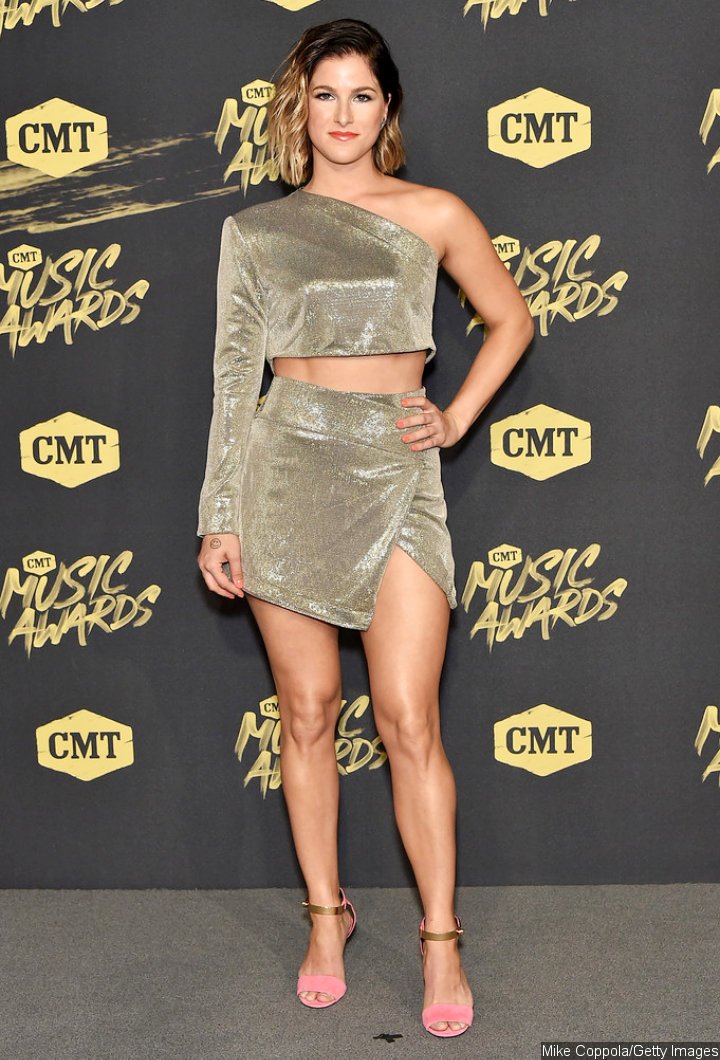 Cassadee Pope showed up in a shimmery two-piece outfit. 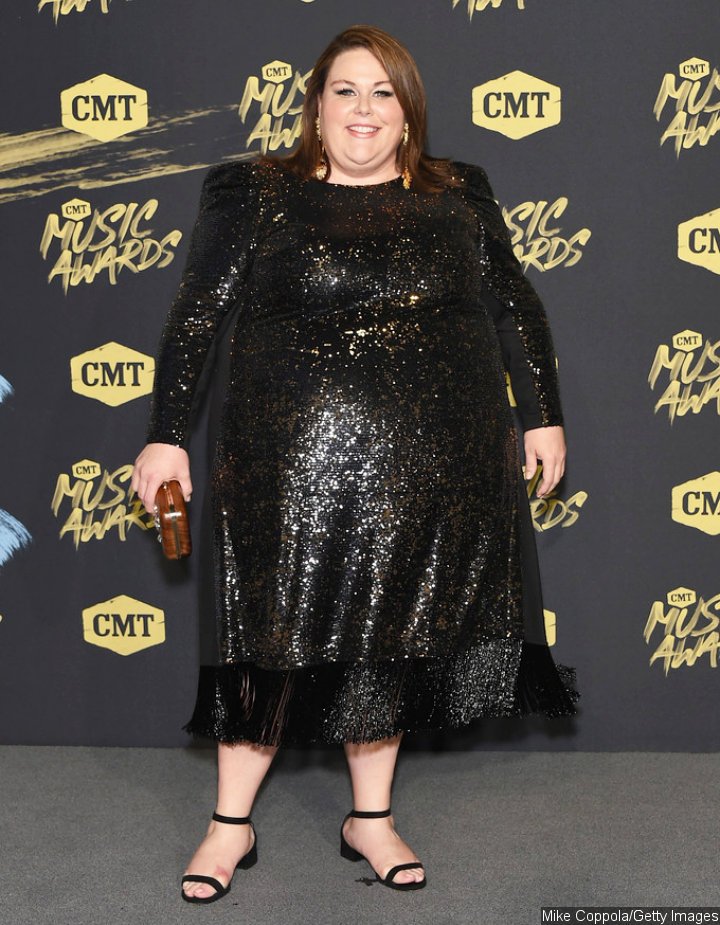 Chrissy Metz glammed up in a long black gown.

Actor and comedian Joel McHale looked stylish in a blue plaid suit and matching pants. Other gentlemen who suited up for the event included Luke Bryan and Backstreet Boys. 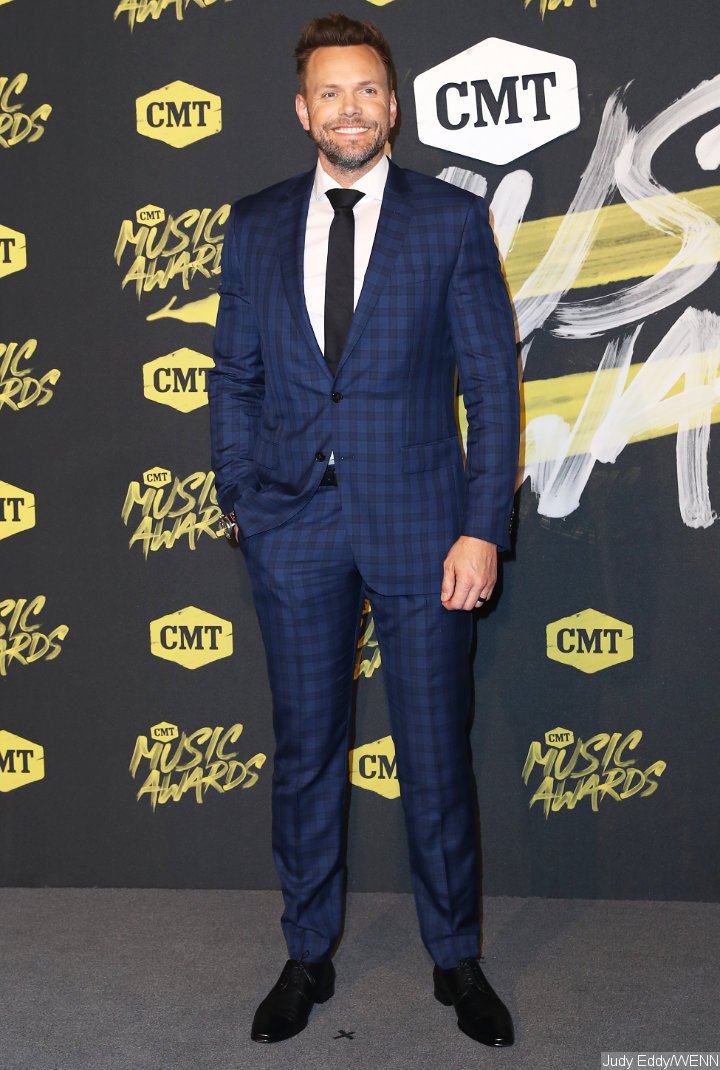 Joel McHale is stylish in a plaid suit. 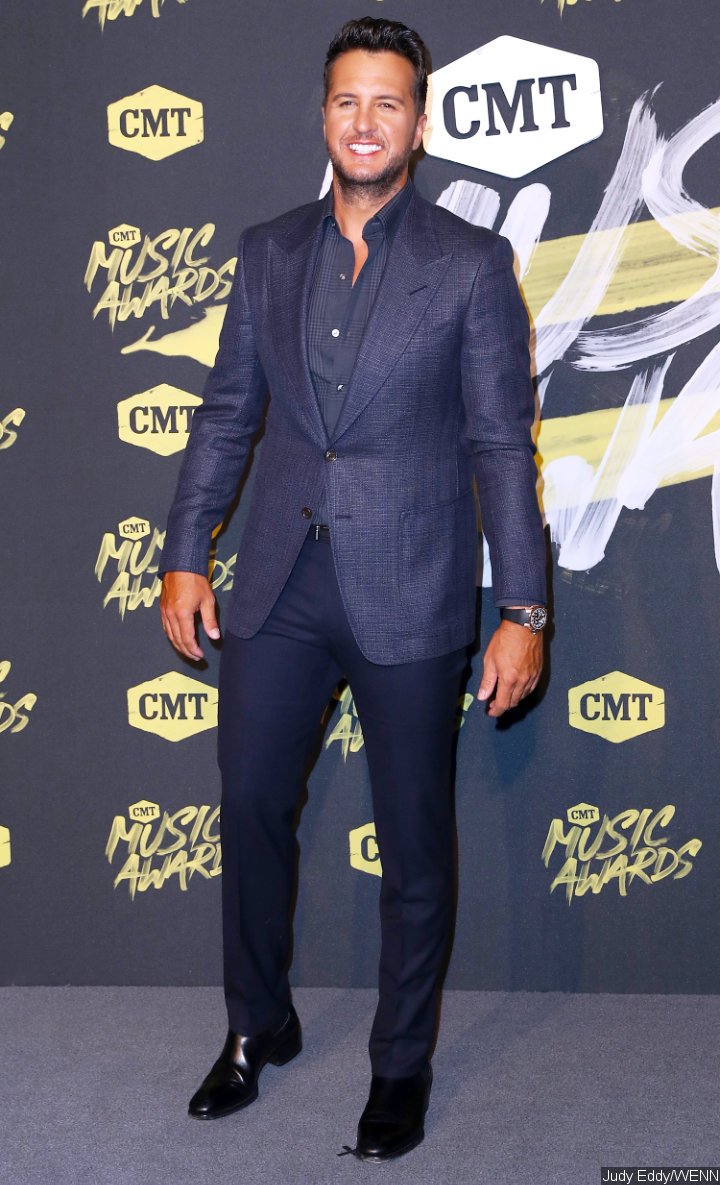 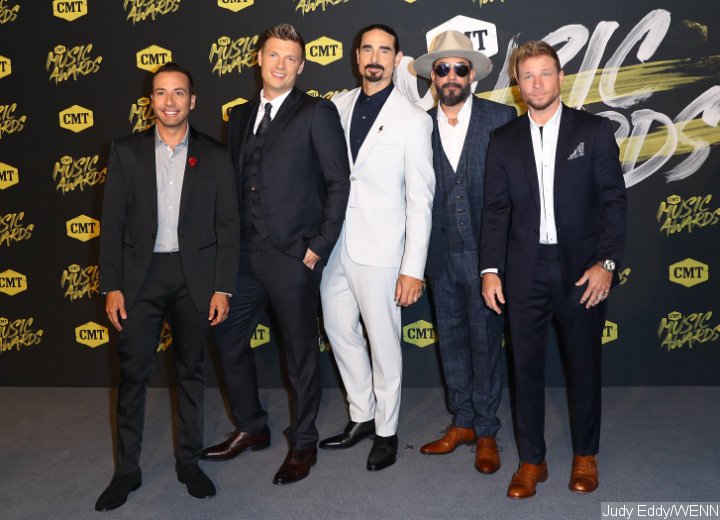 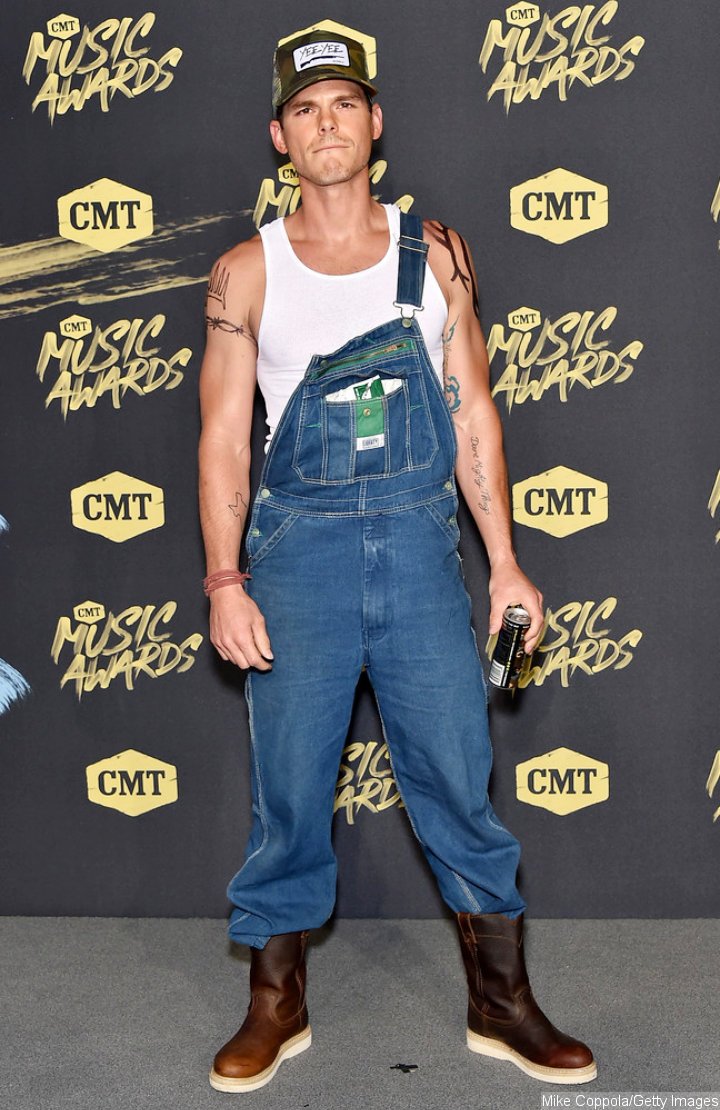