AceShowbiz - Prince George has grown up a lot. The 4-year-old royal did not only nailed his page boy duties at Prince Harry and Meghan Markle's royal wedding last week at St. George's Chapel, but also went above and beyond by comforting a crying bridesmaid before the ceremony started.

Royal correspondents Emily Andrews and Omid Scobie shared the sweet behind-the-scenes story during a wedding special of "On Heir", their royal-themed podcast. According to them, the oldest son of Prince William and Kate Middleton acted like a big boy and tried to help 2-year-old bridesmaid Zalie Warren feel better as she "had a bit of a meltdown."

"She's only two. She started crying when they were waiting for Meghan," Andrews said. "It was only a couple of minutes. So Nanny Maria Borrallo kind of looked after her, and George apparently was trying to comfort her as well, which is very sweet." 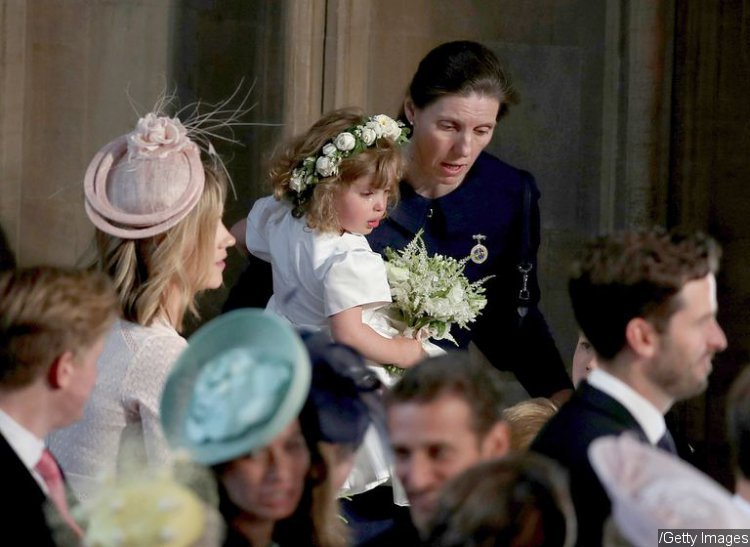 His attempt to comfort Zalie, the goddaughter of Prince Harry, worked well, leading them to follow the bride down the aisle without a hitch. Zalie is Zoe and Jake Warren's child. The groom and Jake, whose father is the Queen's horse racing manager John Warren, also went to the same school.

George's little sister Princess Charlotte also played a role in the bridal party. The 3-year-old princess allegedly stopped one bridesmaid who tried to walk before cue. "No you can't go yet. We have to wait until we are asked," the little princes reportedly instructed her fellow bridesmaid.

Alongside Prince George, Jasper Dyer (6), the godson of Prince Harry, and twins Brian and John Mulroney (7), the sons of Meghan's bestfriend Jessica Mulroney, were among the page boys at the big event. Meanwhile, the bridesmaids included Prince Harry's goddaughter Florence van Cutsem (3), Meghan's goddaughters Remi (6) and Rylan Litt (7), as well as Jessica's only daughter Ivy Mulroney (4).

Jayda Cheaves Stresses She Won't Date Quavo Despite Hinting So