The former 'Teen Mom OG' star shows a little more than she bargains for when walking down the red carpet in a semi-sheer gown with a thigh-high slit.

AceShowbiz - Farrah Abraham went glamorous at the Cannes Film Festival, but the moment turned R-rated as she suffered a wardrobe malfunction. The former "Teen Mom OG" star sported a gold gown with a risky, ultra-high slit up the front.

She showed a little more than she bargained for when walking down the red carpet as she went commando under the gorgeous gold gown, flashing her crotch. She seemed to be unaware of the mishap though, as she kept smiling to the cameras and confidently walking on the red carpet.

Farrah also put on a busty display in the semi-sheer bodice of the dress, which featured strategically placed crystals over her ample boobs. She arranged her chestnut hair in a chic updo while sporting a rich palette of makeup. 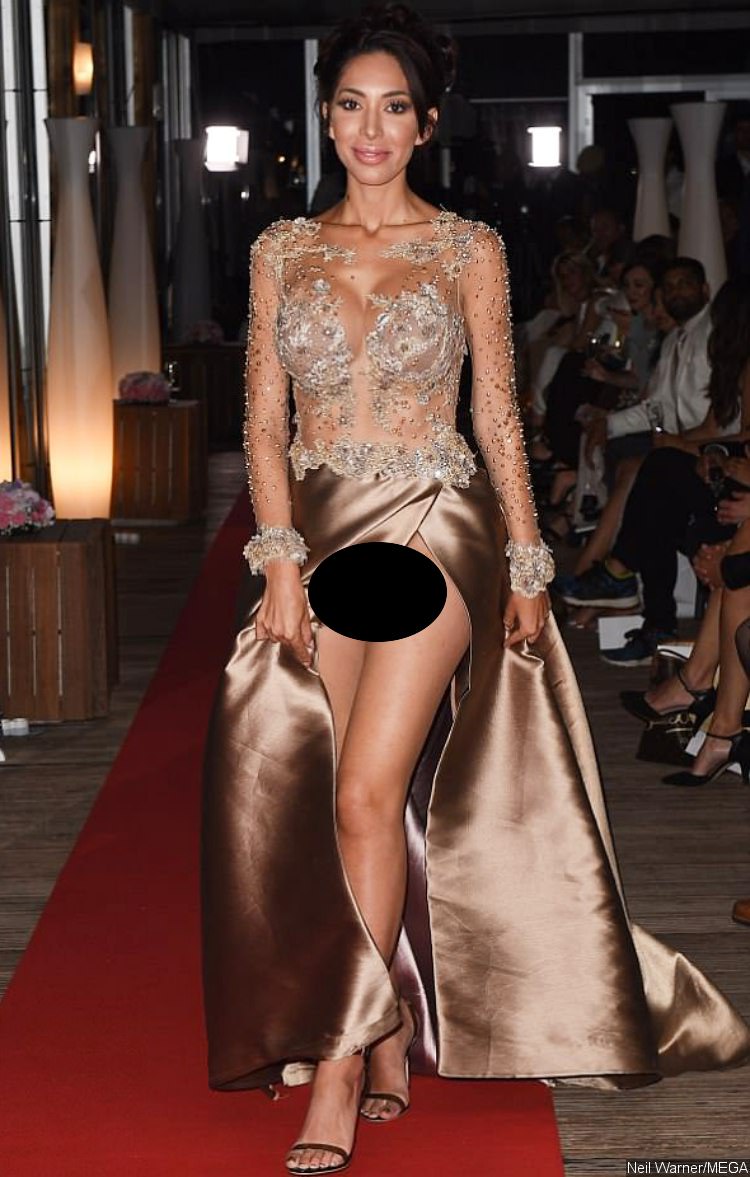 Farrah Abraham flashed her crotch as she walked down the red carpet at the Cannes Film Festival.
Editors' Pick

Her decision to continue her career in adult film industry led to MTV firing her from "Teen Mom OG". She later sued Viacom, the parent company of MTV, for $5 million for "wrongful termination of employment." The case was eventually settled out of court and she was "really happy" with the outcome.

Earlier this year, the former "16 and Pregnant" star claimed she felt being slut-shamed after starring in the sex tape. "At that time, I was a young experimental 21-year-old woman who happened to be a celebrity that tried to balance life, fame and dating while forging new friendships," she told MV Mag in March.

She opened up, "The backlash I received for my sex tape was genuinely hurtful; I felt misunderstood for expressing my sensuality. Although it took me a few years to reconcile those feelings through therapy, along with my faith in God, I was able to overcome being sex-shamed to find my real purpose." She added, "I am grateful for this experience because it made me into an empowered woman who proudly wants to help end the stigma around sex."

Ashton Kutcher Commends Mila Kunis for Being 'Executor' in Their Relationship