The 'Black Panther' star wants to 'show some love' to the hardworking students, who he invited to the set of 'Creed 2' in Philadelphia.

AceShowbiz - Michael B. Jordan happily invited a few fans to the college campus set of his "Creed" sequel because he wanted to "show some love" to the hardworking students. The "Black Panther" star recently hit headlines after Temple University student Sylvia Wilson revealed she had been granted an Instagram request to score a photo with Michael while he was filming on her school grounds in Philadelphia, Pennsylvania.

He even allowed Sylvia to bring a few friends to check out their movie set for "Creed 2", and it's since been revealed they weren't the only fans who got the opportunity to meet the actor.

Michael explains the small gestures are the least he can do to give back to the local community.

"We were filming on Temple's campus and our base camp was on the parking lot and [from] the dorm room windows, you can see us coming in and out of the hair and make-up trailer," he explained on talk show "The View".

"So I was coming out of hair and make-up, and they [students] started screaming out of the window, so I popped by real quick and just said hello."

The 31-year-old even had some soul food cooked for him by one devotee, although he was careful not to criticise her culinary efforts: "It was OK, it was good," the star said. "I'm not gonna put her on blast, she did her thing!"

And Michael insists staying connected with fans, especially those in higher education, has always been important to him.

"They're at college, they're working hard at a degree, so [I wanted to] show some love," he smiled.

Jennifer Lopez on 'Shades of Blue' Final Season: It's Bittersweet 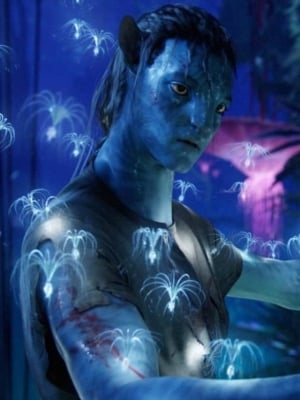