After Dispatch released pictures of Park Jin Young and Bae Yong Joon attending a sort of gathering, the JYP Entertainment founder denies reports that he's a member of the Salvation Sect.

AceShowbiz - Park Jin Young and Bae Yong Joon are reportedly members of a religious cult. On Wednesday, May 2, Dispatch released pictures of the top Korean record producer and the actor attending a supposed meeting for the Salvation Sect, which is a pseudo-religious assembly associated with individuals charged in the Sewol Ferry tragedy.

According to the local news outlet, the JYP Entertainment founder was delivering testimony and leading service at the gathering which was held toward the end of this past March for a total of 7 days. Bae Yong Joon, known internationally for his role on TV drama "Winter Sonata", was also pictured attending the meeting. 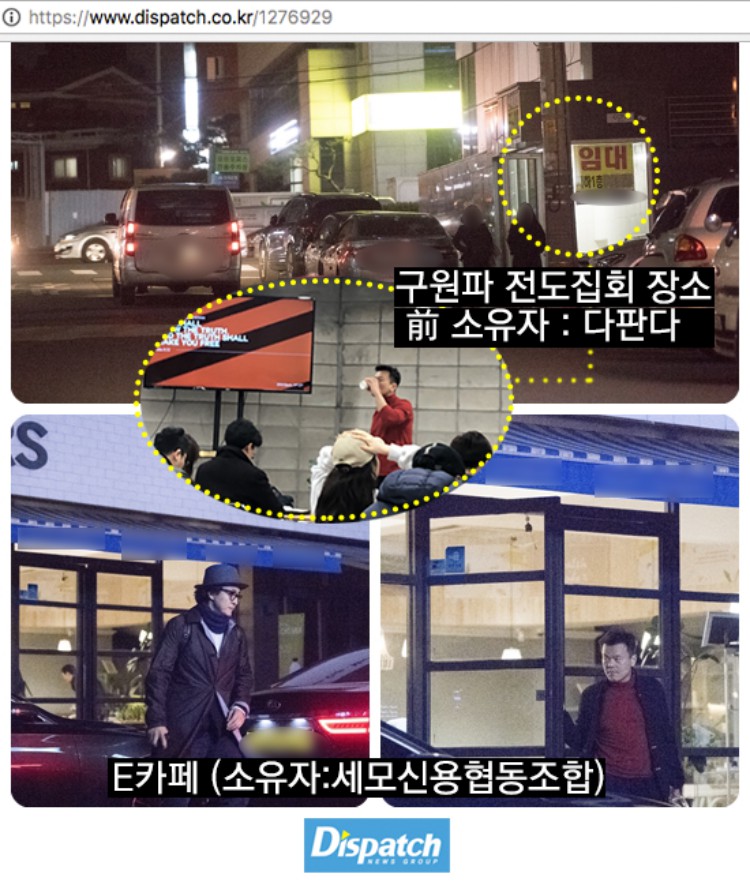 Dispatch released photos of Park Jin Young at a supposed meeting for the Salvation Sect.

Byun Ki Choon, the former executive director of a company called Cheon Hae Ji, was also spotted at the event. The company is widely identified as the owner/largest investor of Chonghaejin Marine Co., Ltd, the boating and tourism company which owned the MV Sewol. 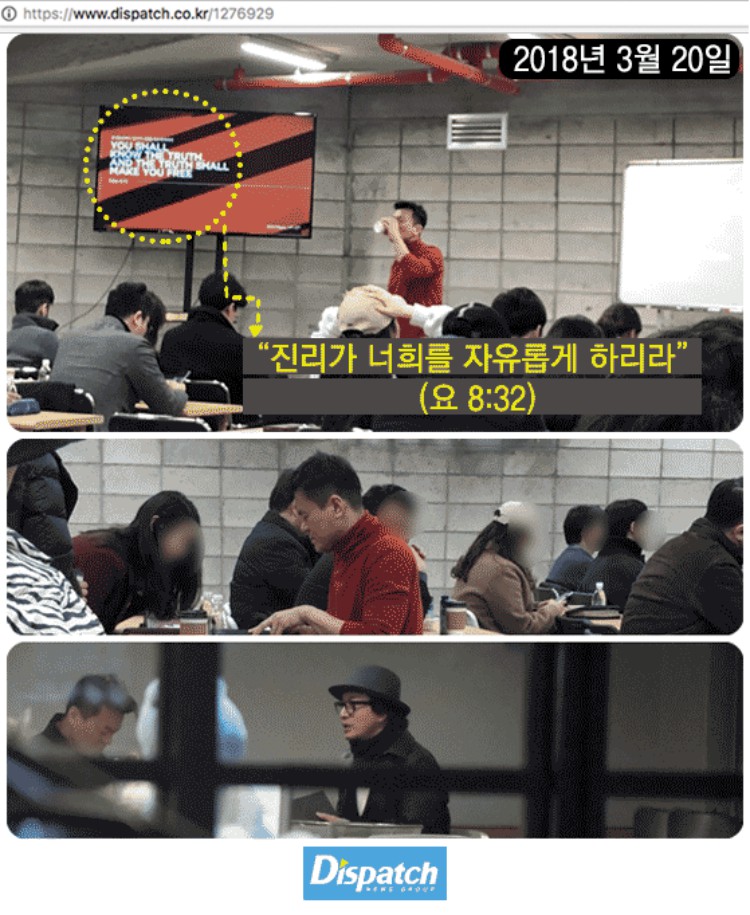 Park Jin Young reportedly was leading service at the gathering.

Park Jin Young was first linked to the Salvation Sect in 2014, after the Sewol Ferry tragedy, because his wife is the niece of Yoo Byung Eon. Yoo is the chairman of Chonghaejin Marine Co., Ltd. Incidentally, Yoo is also the son-in-law of the founder of the Salvation Sect, Kwon Shin Chan. 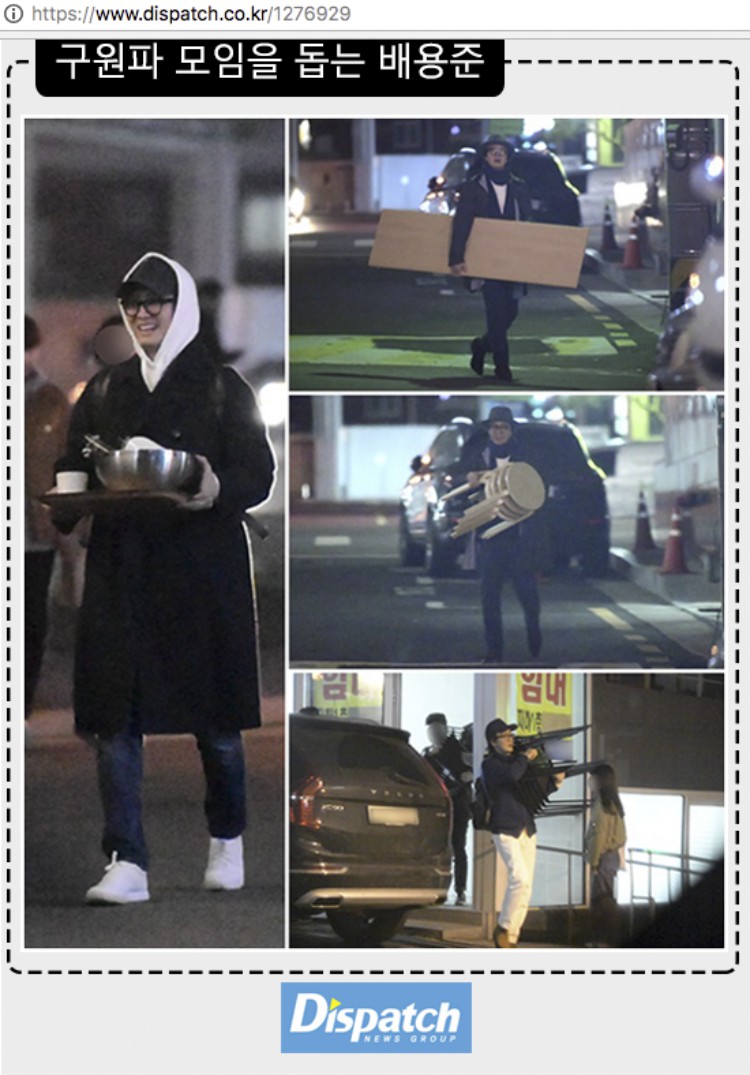 At the time, Park Jin Young released a statement on Twitter to explain his relation to Yoo Byung Eon. "We have no association whatsoever with the owners of the problematic companies in question other than the fact that my wife is related to them, so is this really a country where anyone can say all kinds of nonsense?" he wrote. "Regrading my religion, you will know through every single interview I've done or any music I've released. I have studied countless religious in the past but I am still currently nonreligious." 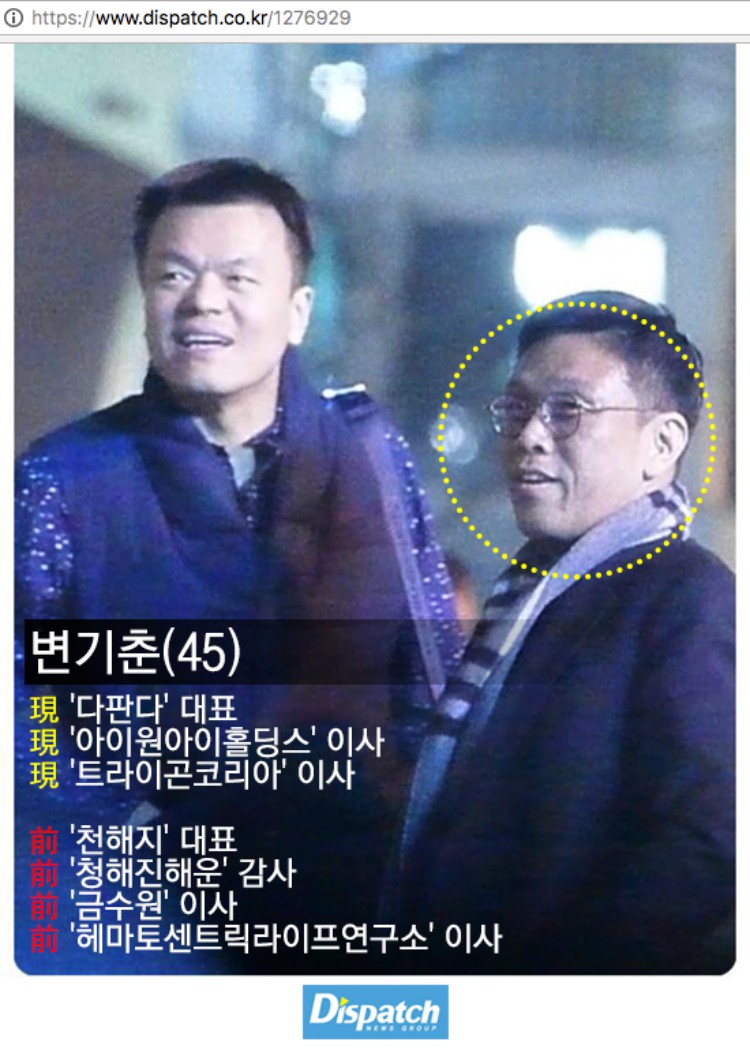 However, Dispatch says that the 46-year-old musician lied about his connection to the sect. According to the media outlet, the singer/songwriter has been a member of Salvation Sect since as early as 2012 and his wife was in charge of overseeing various Salvation Sect gatherings.

Following the release of the new photos, Park Jin Young released a statement via his Instagram page with the hashtag #JYPfaith. "4 years ago, I started holding bible study with one friend, twice a week, and since then, friends of friends and more friends of friends joined in, so that now we are at a gathering of around 30. But you would call this a Salvation Sect assembly?" he wrote.

"No one including me personally, nor any staff members of JYP Entertainment, have zero relation to Salvation Sect or any of its for-profit businesses, but you claim Salvation Sect?" he added. "How prepared are you to handle the damages that this will inflict on me and our company, that you can just publish a report about such a topic without any prior confirmation?"

He went on stating, "Now that it has come down to this, I will upload my full faith testimony so please read through it carefully. If in the contents of that testimony, you find material which causes problems legally or ethically, then your report may prove to be appropriate, but if that is not the case, then you will face legal responsibility for the entirety of the damages inflicted on me through this matter."

The sect member allegation has affected the stock price of JYP Entertainment. The company stocks plummeted down to 19,500 KRW (18.15 USD) on Wednesday, May 2 at 11:45AM KST (local time), down 10,26% from yesterday's closing price.

Meanwhile, Bae Yong Joon has not responded to the reports.