Warner Bros. is currently looking for writers to pen the script for the comic-adaptated movie that centers on two couriers, who are called out of retirement to deliver some hazardous cargo.

AceShowbiz - After Warner Bros. announced that it would develop a movie adaptation of DC's "Blackhawk" with Steven Spielberg being tapped as producer, another project is seemingly coming. Warner Bros. and New Line Cinema are rumored to be developing a movie adaptation of "The Highwaymen". DC is currently looking for writers to pen the script, according to That Hashtag Show.

The rumored movie will be based on a 2007 limited comic book series written by Adam Freeman and Marc Bernardin. It tells a story about two retired couriers named Able "Speed" Monroe and Alistair McQueen. Being able to deliver anything, anywhere and anytime, they are called out of retirement to transport some hazardous cargo for a dead president. DC's description of the book series reads, "If only they knew what it was and why everyone else wants to kill them for it." Adding to the comics' description, the tagline reads, "Two men. One drives, the other shoots."

Although no writers have been attached to the project and a release date for the project has not been set, WB has tapped New Line executives Dave Neustatder, Josh Mack and Aria Moffly to oversee the project. The movie reportedly will be different from Netflix's movie with the same name directed by John Lee Hancock.

Comics writer Marc seems to be happy over the news, saying that he always thinks that the story should be brought to the big screen. He tweets, "Not much I can say about this beyond, me and @MrAdamFreeman always thought this should be a movie..."

Not much I can say about this beyond, me and @MrAdamFreeman always thought this should be a movie... https://t.co/zwj6f9L8HX

Marc's co-writer Adam echoes the excitement as he tweets, "Interesting Google Alert to get."

Interesting Google Alert to get. https://t.co/hSVRPjcYk4

Should this rumor be true, "The Highwaymen" will join the list of projects that are currently in development at Warner Bros. and New Line Cinema. Those include "The Batman", "The New Gods", "Man of Steel 2", "Nightwing", "Cyborg", "Gotham City Sirens", "Green Lantern Corps", "Black Adam", "Booster Gold" and "Justice League Dark".

WB also has other movies that will be released this year. Those include "Life of the Party", "Ocean's 8", "TAG", "Teen Titans GO! To the Movies" , "The Meg", "Crazy Rich Asians", "Smallfoot", "Fantastic Beasts: The Crimes of Grindelwald" and "Aquaman".

The Kardashians Are Closing Down All Dash Stores After 12 Years 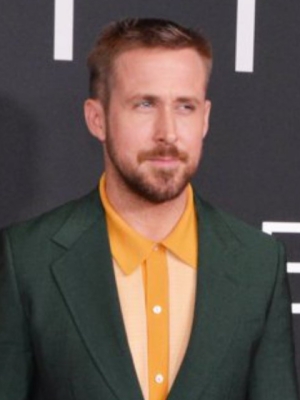