In its seventh weekend of release, the Jake Kasdan-directed movie edges out "Maze Runner: The Death Cure" and reclaims the champion title after dropping down to second place last week. In doing so, the movie becomes the first December wide release to win a weekend in February since James Cameron's 1997 disaster epic "Titanic".

Dropping to second place in its second weekend, "Maze Runner: The Death Cure", the third and final installment of "The Maze Runner" film series, collects an estimated $10.2 million. The number brings the %cDylan O'Brien%-starring sci-fi film's domestic total to around $39.8 million after 10 days in theaters.

The third spot is held by newcomer this weekend. CBS Films and Lionsgate's supernatural thriller "Winchester", directed by the Spierig brothers and starring %cHelen Mirren% as the troubled widow Sarah Winchester, opens to an estimated $9.3 million at 2,480 theaters. That figure is in line with analysts' projections for the film, which did not screen for critics.

Rounding out the top five this weekend are Fox's P.T. Barnum musical "The Greatest Showman" and Entertainment Studios' gritty western drama "Hostiles". The %cHugh Jackman% and %cMichelle Williams%-starring movie stays at No. 4 and is estimated to collect $7.8 million in its seventh weekend.

Meanwhile, the Scott Cooper-directed film, which stars %cChristian Bale%, %cRosamund Pike% and %cStephen Lang% among others, drops two slots to No. 5 and earns approximately $5.5 million, bringing its domestic total to $21.2 million. 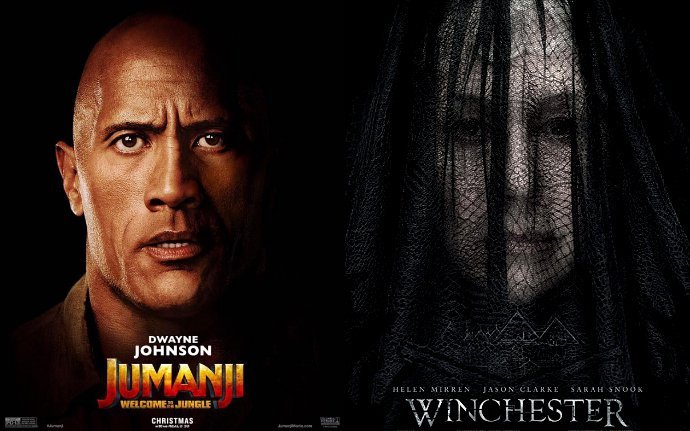