Ji Chang Wook Has a Blast in Military - See the Pics

The 'Suspicious Partner' star, who began his military service last week, looked in high spirits as he was spotted sitting with his fellow soldiers during military training.

AceShowbiz - Ji Chang Wook's fans don't need to worry about their beloved actor. The "Empress Ki" star, who enlisted on Monday, August 14, appeared to be having fun in the military as he was all smiles in some photos that were taken during his military training.

On Monday, August 21, the 3rd Infantry Division uploaded a series of photos featuring "The K2" actor on its Instagram account. In one of the photos, Chang Wook could be seen smiling brightly at the camera while striking V pose. What made the photo become more hilarious was multiple Squirtles that had been put into the pic.

Another photo saw him staring at the camera as his fellow soldiers posed behind him. Chang Wook was seemingly unaware that someone was taking a photo of him although he was looking at the camera. 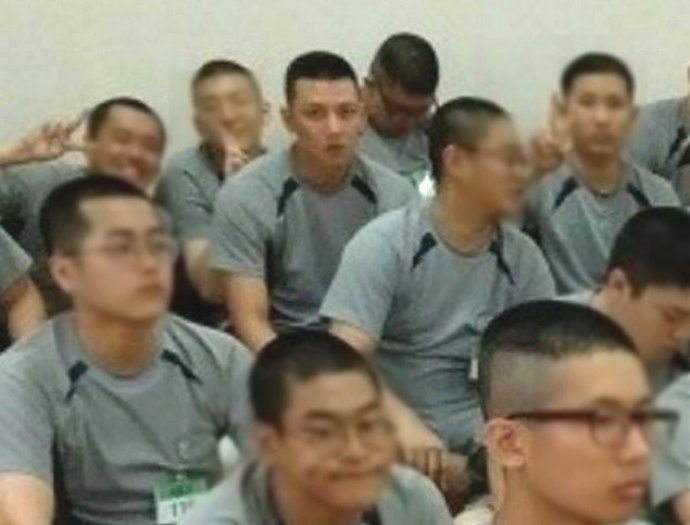 It's only been a week since Chang Wook enlisted, but fans are surely missing him. The government has opened the online letter service which allows fans to send him letters, and he's received more than 170 letters in less than 24 hours.

During his last concert, the "Warrior Baek Dong Soo" actor revealed what he wanted to do before starting his service. "I should go on a vacation with my mother," he shared. "I will spend time with my friends. I have to organize my [bank] accounts, and because my house is leased, I have to make arrangements for that as well." Chang Wook then told his fans to wait for him. "I will return after protecting our country. Until then, I hope you all will be healthy," he said.

Chang Wook is currently undergoing basic military in Gangwon. He will be stationed to his base after completing his training. He is scheduled to be discharged from the military on May 13, 2019.