The Tennessee rock band marks their comeback by announcing the new album and releasing the lead single along with its music video.

AceShowbiz - Paramore finally returns after four years on hiatus with new album "After Laughter". It is their fifth LP which is also the follow-up to 2013's self-titled album "Paramore". On Wednesday, April 19, the rock band released a lead single called "Hard Times" off the upcoming album along with its accompanying video.

"Hard Times" has a tribal beat and classic '80s vibe. Meanwhile, the video for the track is bright and colorful, reminding us of music videos in early 2000. Hayley Williams, guitarist Taylor York and long-absent drummer Zac Farro are seen having fun in the clip with all the cartoony graphics and animated camera effects.

Despite the upbeat music and the bright visuals, the track contrastingly has a quite gloomy and depressing theme of a person's desperation in life. "All that I want is to wake up fine/ Tell me that I'm alright, that I ain't gonna die/ All that I want is a hole in the ground/ You can tell me when it's alright for me to come out," Hayley sings.

Following the upcoming album release, the band is set to embark on their summer European tour which kicks off in Dublin on June 15. They will perform around U.K and Ireland for six days before going to other countries like French, Germany, Austria and more for the rest of summer.

"After Laughter" is set to arrive on May 12.

Paramore Is 'Caught in the Middle' in Fruity Music Video 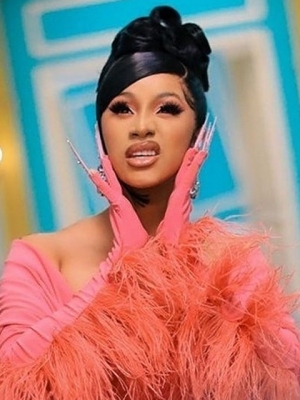