Felicity dons a cream sleeveless dress, Taraji bares her cleavage in a black sabrina dress with a slit, while Chrissy rocks a silver cape dress featuring a sheer top and a high slit.

AceShowbiz - Hollywood celebrities flocked the Dolby Theater in Hollywood on Sunday, February 26 to attend the 2017 Academy Awards. Among those who glittered the red carpet were Felicity Jones, Taraji P. Henson and Chrissy Teigen.

Felicity looked pretty in a cream sleeveless Dior dress paired with Christian Louboutin heels and Niwaka jewelry. The "Rogue One: A Star Wars Story" actress styled her hair in an elegant half updo and wore coral lips.

Taraji bared her cleavage in a black Alberta Ferretti dress which featured a slit. The "Empire" star styled her hair in a voluminous curls. She completed her look with Nirav Modi jewels, strappy Jimmy Choo heels and a clutch. 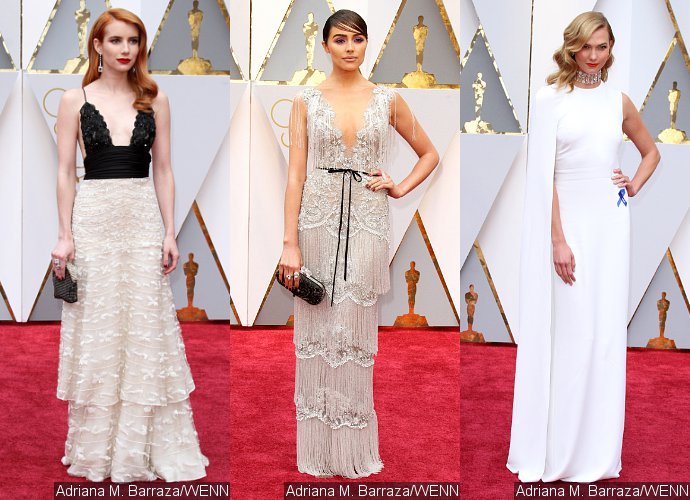 Other celebrities who looked gorgeous on the red carpet included Emma Roberts, Olivia Culpo and Karlie Kloss. Emma donned a plunging black-and-white gown, Olivia sported a silver dress, while Karlie rocked a white cape gown. Both Olivia and Karlie added a blue ribbon on their outfits to show their support for the ACLU.

Future Scores Fourth No. 1 Album With 'Future' on Billboard 200