In the photo taken by the Nevada Department of Corrections, the 68-year-old former athlete sported silver hair and his prison uniform as he smiled at the camera.

AceShowbiz - %cO.J. Simpson% is seemingly doing just fine in prison. The former NFL player, who is serving a 33-year sentence at Lovelock Correctional Center in Nevada, looked happy and relaxed in his latest mugshot which was just released.

In the photo, the 68-year-old former athlete sported silver hair and a green shirt under a white T-shirt. He seemed to be in good spirits as he posed against a red backdrop while smiling at the camera. The photo is his first mugshot since July 2013. 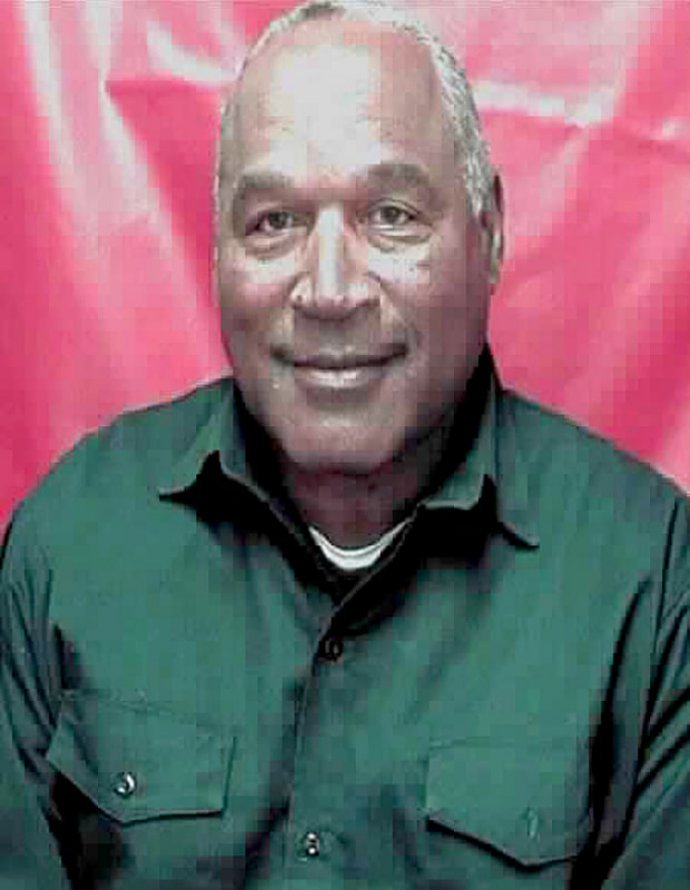 It is said that prison inmates need to regularly take photos to make sure that their records are up to date. "It's important for us to update our records periodically and have accurate information and images of those in custody," Nevada Department of Corrections spokeswoman Brooke Keast said.

Simson is serving time in prison after being found guilty in 2008 of criminal conspiracy, kidnapping, assault, robbery and using a deadly weapon. In September 2007, he was arrested at the Palace Station Hotel & Casino in Nevada after trying to take items he claimed were stolen from him, including his Heisman Trophy.

In 1995, Simpson was found not guilty of the murder of his ex-wife Nicole Simpson Brown and her friend Ronald Goldman. However, in 1997, a civil juror found him responsible for the double murders and asked him to pay $33 million in damages.

Kerry Washington on Stereotype Casting in Hollywood: I Was Fired for Not Sounding 'Hood'

O.J. Simpson Files Lawsuit Against Vegas Hotel After Employee Accuses Him of Belligerence

O.J. Simpson to 'Challenge Lot of BS' Through Newly-Launched Twitter