The 'Gilmore Girls' star and the 'Mad Men' actor welcomed a baby boy together last fall.

AceShowbiz - %cAlexis Bledel% is a mom now! The "Gilmore Girls" actress and her husband %cVincent Kartheiser% welcomed their first child, a baby boy, together last fall, her rep confirms to PEOPLE. The news broke when co-star %cScott Patterson% spilled the beans during a new interview with Glamour.

"It was great to see her," Scott said when asked about being reunited with Alexis on upcoming "Gilmore Girls" revival on Netflix. "She's really blossomed as a woman and now she's a proud new mother and married and happy. I remember her as an 18-year-old kid, fresh out of college coming into Hollywood and being a little overwhelmed."

He continued, "She's just the most likable, intelligent person and adorable human being. She hasn't changed at all. She looks the same. We're comparing notes because my son is about a year and a half older than her young son. I'm showing her photos and videos and what to expect. We're just really enjoying each other's company."

Alexis and Vincent, who first met on the set of "Mad Men", tied the knot during a low-key ceremony in California in June 2014. 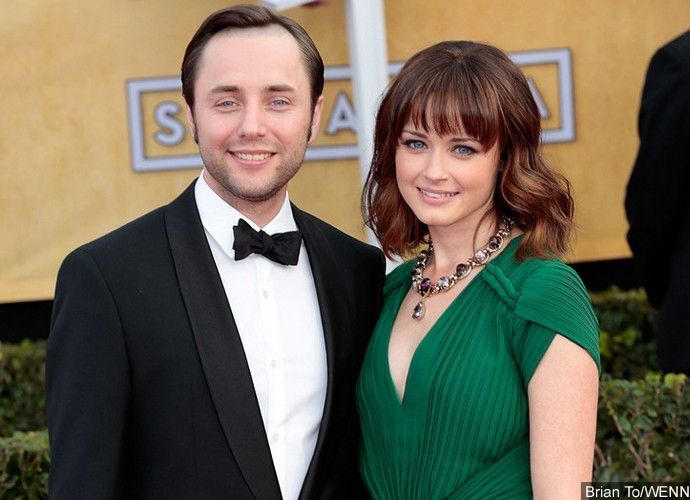