AceShowbiz - Prior to her debut on "The Blacklist", Famke Janssen's Susan 'Scottie' Hargrave is introduced in photos from an upcoming episode of the NBC crime thriller. Making their way out via TV Guide, the pictures highlight her encounter with Tom (Ryan Eggold), but he doesn't seems to be happy to meet her. He even grabs her neck in one of the images.

Little is known about Janssen's mysterious character, but it's said that her relationship with Tom would mirror Liz (Megan Boone) and Red's (James Spader) dynamic, with Scottie as Tom's handler. She will first appear in the May 5 episode aptly titled "Susan Hargrave" and return in the May 12 episode, which will serve as a backdoor pilot for a potential spin-off. 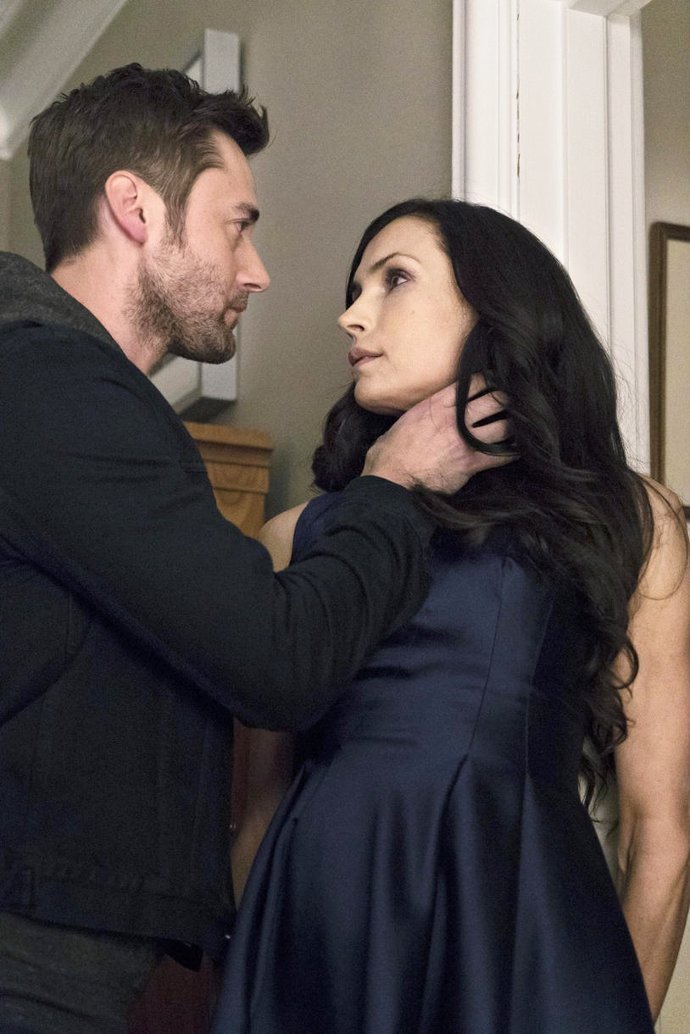 The episode featuring FLOTUS will air May 3 on CBS. Titled "Homefront", it revolves around a 14-year-old boy who witnesses a home invasion and will highlight the real-life organization Joining Forces, a support organization for military families that Mrs. Obama co-founded with Dr. Jill Biden in 2011. 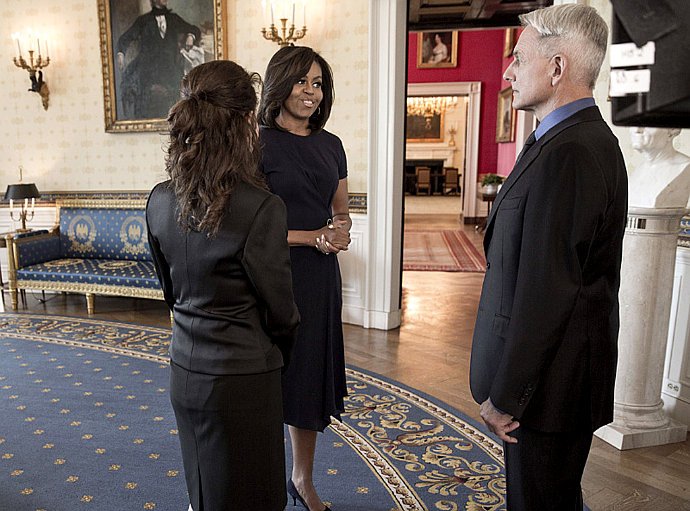 Executive producer Gary Glasberg explains the plot, "[The witness'] father is overseas. His mother is struggling to sort of make things work here at home. Joining Forces is there supporting the family, and towards the latter part of the episode, there's an opportunity for his mom to meet with and converse with the First Lady, and Gibbs is also there. So, it's a really lovely scene and she was fantastic."

Sadako and Kayako Unleash Terror in New 'The Ring vs. The Grudge' Trailer

Megan Boone Bids Farewell to 'The Blacklist' With Heartfelt Tribute