'Transformers', 'G.I. Joe' and 'Jem and the Holograms' Crossover Movie May Happen

'Jem' director Jon M. Chu says that he would like to put the Hasbro property along with 'Transformers' and 'G.I. Joe' into a same universe.

AceShowbiz - Hasbro may build its own universe, just like Marvel and DC, as director Jon M. Chu shared his idea about making a larger cinematic universe which would feature some of the toy company's properties. Speaking to Cinema Blend, the director hinted that there could be another shared universe that would integrate "Jem and the Holograms", "Transformers" and "G.I. Joe" into "one epic blockbuster."

"I mean, I'm a huge 'Transformers' fan, I would totally be down for that, but I really want to build my universe with 'Jem' - but you could have 'Jem', 'G.I. Joe' and 'Transformers' collide - one epic blockbuster!" the director teased.

Throwing Jem into the mix is an interesting idea as it apparently has a different vein compared to "G.I. Joe" and "Transformers". If the crossover movie really happens, there is a possibility that Jem's robot, Synergy, will help the elite military unit and the robotic characters to beat off the forces of Cobra and the Decepticons.

While it's not impossible that the team-up movie can happen, director Chu said that he wanted to do things with smaller scale and focus on what he's currently working on. "Of course, any chance to direct a really fun movie like 'Transformers' would be great, but right now just focused on the world that we're creating now," Chu shared.

The filmmaker previously directed "G.I. Joe Retaliation" in 2013 and the upcoming "Jem and the Holograms", which will be released in the U.S. on October 23. 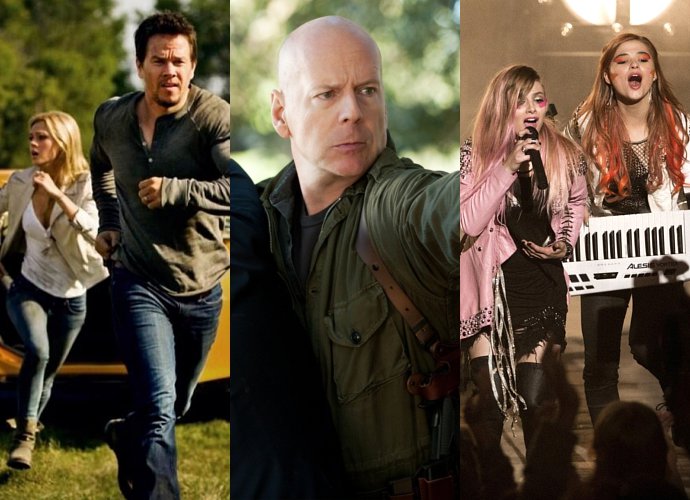 'Transformers', 'G.I. Joe' and 'Jem and the Holograms' Crossover Movie May Happen