'Game of Thrones' Unleashes Poster and Two Clips From Season 5

Tyrion sees a dragon in the poster, while Jon Snow is talking to Mance Rayder in one of the sneak-peek videos.

AceShowbiz - New sneak peeks are brought forward as it gets closer to the season 5 premiere of "Game of Thrones". HBO has released a poster and two clips to share more glimpses of the upcoming installment.

The official one-sheet features Tyrion coming face-to-face with a dragon, likely one of Daenerys Targaryen's dragons, while he is aboard a ship. This leads to a speculation that Tyrion will not only meet Dany's dragon in the new season, but also the Mother of Dragons herself. 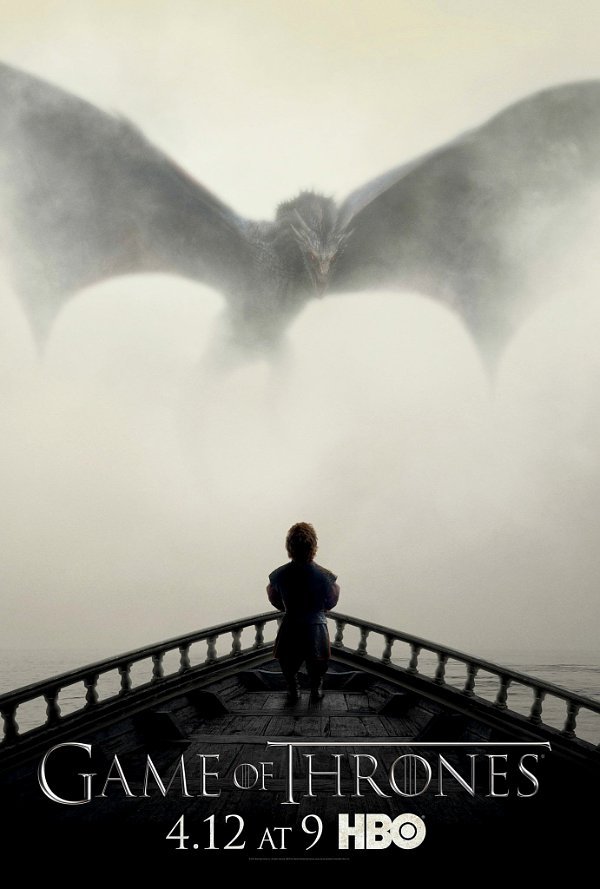 One of the clips, meanwhile, sees Jon Snow trying to convince Mance Rayder to surrender to Stannis Baratheon for the sake of his fellow wildlings' survival. In the second clip, Brienne tells Podrick Payne that she doesn't want anyone to follow her or to consider her as a leader.

"Game of Thrones" season 5 kicks off Sunday, April 12 on HBO. New characters in the season include Doran Martell (Alexander Siddig), The High Sparrow (Jonathan Pryce) and Malko (Adewale Akinnuoye-Agbaje). Meanwhile, Bran Stark won't be featured in season 5 because his storyline has reached as far as the character has progressed in George R.R. Martin's novels.