The Black Crowes Breaks Up After More Than 20 Years

The group's co-founder Rich Robinson explains the break-up in a statement, saying he can't agree to brother and lead singer Chris' demand to take complete control of the band.

AceShowbiz - After more than two decades of making music together, %cThe Black Crowes% has decided to call it quits. The band's lead guitarist and co-founder %cRich Robinson% announced the disbandment in a statement issued on Thursday, January 15, revealing that dispute between him and brother, lead singer %cChris Robinson%, was the reason behind the break-up.

"It is with great disappointment and regret that after having the privilege of writing and performing the music of The Black Crowes over the last 24 years, I find myself in the position of saying that the band has broken up," Robinson wrote.

He went on explaining the problem he had with Chris, saying he couldn't agree to his demand to take complete control of the band. "I love my brother and respect his talent but his present demand that I must give up my equal share of the band and that our drummer for 28 years and original partner, %cSteve Gorman%, relinquish 100% of his share, reducing him to a salaried employee, is not something I could agree to," he continued.

"There are so many people who have helped and supported us along the way. I want to give a heartfelt thank you to all of our fans, our friends behind the scenes, and to everyone who was a part of the Black Crowes," Robinson concluded his statement.

The Black Crowes was formed by the Robinson brothers in 1980s in their hometown of Marietta, Georgia. They have put out nine albums including 1990's "Shake Your Money Maker" which has been certified 5x platinum and spawned hits "Hard to Handle" and "She Talks to Angels".

The group last performed together at the Bill Graham Civic Auditorium in San Francisco in December 2013. Chris Robinson hasn't yet commented on his brother's statement. He's currently busy with his new band, the %cChris Robinson Brotherhood%.

First Promo for Syfy's 'Most Ambitious' New Series 'The Expanse' 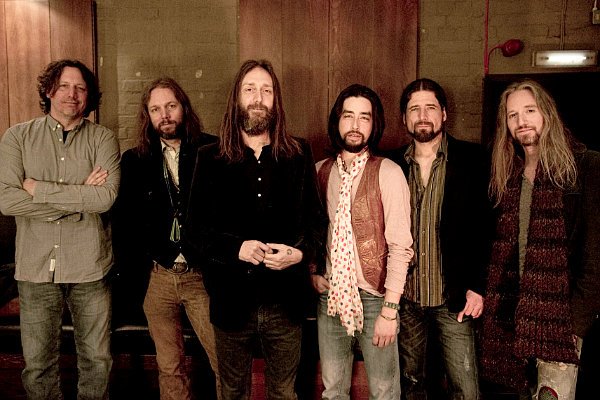 The Black Crowes Breaks Up After More Than 20 Years