The Mother Monster responds to the PETA backlash by tweeting about the Hermes coat she wore when she visited Bulgaria.

AceShowbiz - Lady GaGa comes under fire from PETA after she's spotted wearing what looked like real-fur outfits in several occasions. The Mother Monster once told Ellen DeGeneres that she would never wear fur because she hated it, but now she sends a message that confuses the animal-right organization.

PETA senior VP, Dan Mathews, pointed out three outfits GaGa wore; a Michael Kors fur she donned in London last year, a hot-pink Giorgio Armani fur coat she had last week, and a wolf carcass she rocked in the poster of her movie "Machete Kills". He questioned the singer, "What happened? Are your stylists telling you that it's fake, or are you a turncoat?"

"Many gays are animal advocates because we recognize that the same arrogance and indifference that some have toward animal suffering has at times been directed toward us personally because of our orientation. PETA has long participated in Pride events around the country, and just last week, we helped lead protests against Chick-fil-A."

Dan continued, "But by wearing those dumb furs in a heat wave, you're making yourself a target just like the mindless Kim Kardashian. As we plan our fall campaigns, please tell us whether what you gracefully told Ellen was heartfelt or just a pose."

In response to the swirling question, GaGa tweeted, "For those press and such who are writing about whether or not my fur is actually real. Please don't forget to credit the designer HERMES. Thank You! LOVE, gaga." She stepped out in Bulgaria wearing a Hermes fur coat while holding a puppy in her arm. 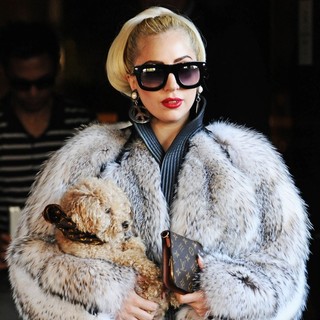 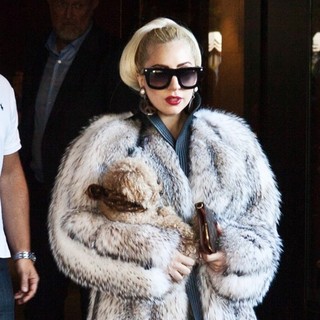 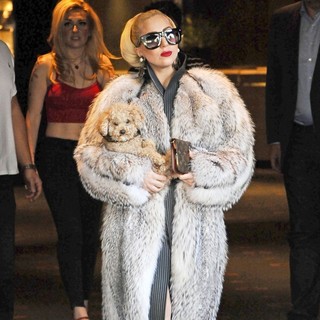 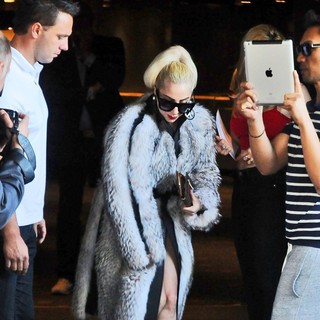 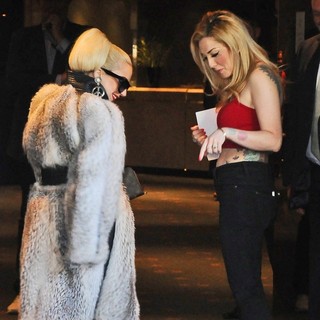