The Roc Nation founder says, 'I thought I would be more inspired with all the new feelings and everything that I'd have to write about, but it really happened the other way.'

AceShowbiz - Although Jay-Z has just announced his own music festival and is gearing up for a European roadshow with his "Watch the Throne" collaborator Kanye West, there won't be any new music coming from him anytime soon. The new dad wants to take some time off from studio to focus on fatherhood.

"I thought that I would after my daughter was born. I thought I would be more inspired with all the new feelings and everything that I'd have to write about, but it really happened the other way," he opened up to the press. "I just really wanna hang out with her. I just wanna enjoy those moments for a bit and I'm sure that feeling of music will come back to me."

The Hov revealed his hiatus plan when announcing the two-day music festival during a press conference at the Philadelphia Art Museum on Monday, May 14. He will assemble 30 music acts from various genres, including rock, R&B, Latin, dance and hip-hop for the gig.

The rap mogul will also try to get President Barack Obama to perform. "I'm gonna try. I'm gonna tell you guys right now: I'm gonna give him a call and I'm gonna try to get him to perform - do a little rendition of Al Green - but I doubt it. I think that opens up the political season. He'll be so far into helping the world that he probably won't have time, but I'm absolutely going to ask him," he said.

Another big star whom the "Empire State of Mind" hitmaker hopes to secure for the upcoming music festival is his own wife Beyonce Knowles. "I tried to put it far enough away that she'd have a little gap in her schedule, so hopefully that works," he dished on.

As for himself, Jay-Z plans to headline the first night. "I'll probably get one of those silly headsets with the thing, just to look important. I don't really need it, but I'll just do that. Overall, have a good time. You'll see me with probably a beer in my hand, just enjoying the festivities and the music like everyone else. I'ma try and keep it as normal and simple as possible," he gushed.

The star-studded concert dubbed "Budweiser Made In America" will be held at Fairmount Park on Labor Day in Philly with three stages being up set. Official lineup for the festivity will be announced on May 21, while tickets will go on sale starting May 23. 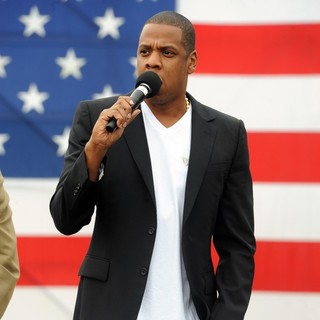 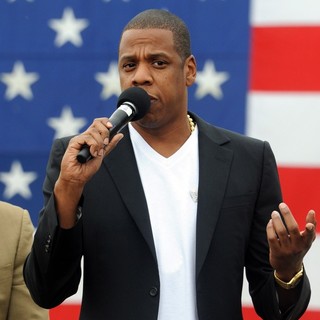 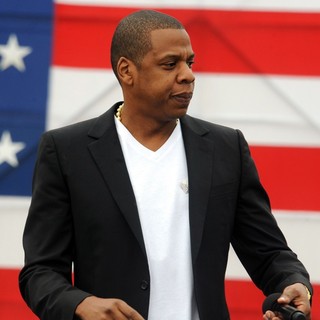 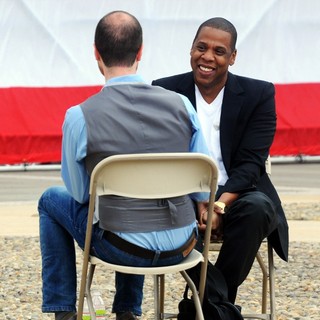