Pics: Leonardo DiCaprio Gets in the Action for Cell Phone Commercial

The 'Inception' star is snapped breaking into a run in front of a large hotel in Paris, France as he shoots for an ad for Chinese mobile phone company.

AceShowbiz - Leonardo DiCaprio has jumped into some action. The leading man of "Inception" was caught on camera recently sprinting down a street in Paris, France, but he wasn't doing so for a new action movie. Instead, he was actually shooting scenes for a Chinese mobile phone company's commercial.

During the shooting, the 36-year-old actor who stars as J. Edgar Hoover in biopic drama "J. Edgar" got into the character as he broke into a run in front of a large hotel in the City of Lights. Seemingly tireless, he repeated the dramatic dash again and again while wearing a full dark suit to get the perfect shot.

Leonardo, who has previously starred in ad campaigns for Suzuki and Tag Heuer, reportedly landed a $5 million deal with Guangdong OPPO Mobile Telecommunications Corp. for this TV advertising campaign, which will run in Asia later this year. He has begun filming the scenes for the commercial earlier in the week, and was seen shooting in a rainy downpour. 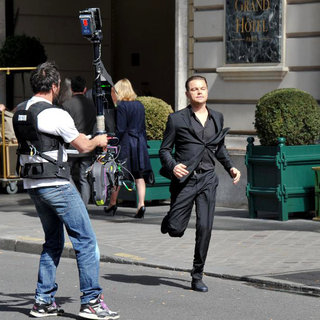 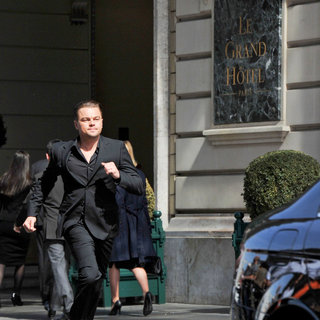 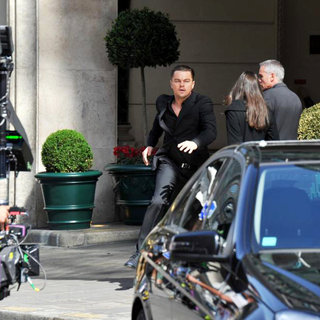 Sofia Vergara Up to Star in 'The Three Stooges'