The waxwork was revealed in Madrid, Spain on Thursday, November 4 although the Disney beauty couldn't attend the event.

AceShowbiz - Another wax figure of a big star has been revealed and this time it is Miley Cyrus' waxwork. It was unveiled at the Museo de Cera in Madrid, Spain on Thursday, November 4. Unfortunately, the Disney beauty wasn't able to attend the unveiling for a side-by-side comparison.

Miley's wax figure sports the 17-year-old beauty's rock side. It dons light ripped jeans, a white printed T-shirt and a black leather jacket. Though Miley couldn't come to Madrid for the unveiling, the "Can't Be Tamed" singer will visit the city for upcoming MTV Europe Music Awards which will be held on November 7.

On November 3, the night before the waxwork unveiling, Miley was spotted heading into LAX for a flight to Switzerland. Accompanied by a female friend, the "Hannah Montana" star was also seen wearing a bindi which was placed between her eyes. It was said worn as a good luck charm. 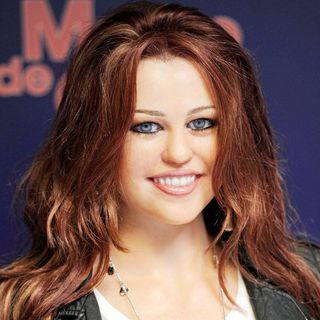 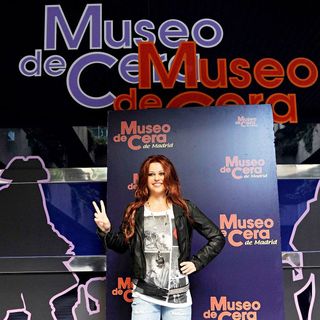 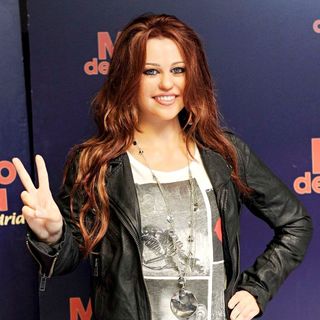