Fireworks spark everywhere as the 'I Kissed a Girl' singer kicks off an outdoor party with her fans in Budapest.

AceShowbiz - Katy Perry's "Firework" music video has been teased in a bunch of stills compiled into an official lyrics video. The images feature, among other scenes, the 25-year-old pop singer singing the song with fireworks shot in the sky and a number of fans dancing around her.

The music video was filmed in Budapest with Dave Meyers serving behind the lens. "About to start sparkling in my new music video," Perry tweeted on September 29. "And that's a 6am wrap! Need to recharge now so I sparkle just as much for tomorrow. I gotta show em what I'm worth. Make them go ahhhh!"

The music video is expected to be premiered later this month. The extras making cameos in the upcoming clip were recruited through a series of activities and competitions held by Europe's biggest telecommunications group, Deutsche Telekom, which partners with Perry to promote the single.

Despite the collaboration with commercial brand, there will be no product placement in the upcoming video. Ralf Luelsdorf, Deutsche Telekom's head of international sponsorship, assured fans, "For this win-win relationship to work, it was important for us to have the full participation of the label, the artist and her management [Los Angeles-based Direct Management] in the video. The video is also not branded; there is no product placement."

Instead, the campaign will center on Perry's integrity as an artist and her desire to share her experiences with fan as part of the communications giant's ongoing international "Life Is for Sharing" branding.

"Firework" appears in Katy Perry's latest studio album "Teenage Dream" which was released over the summer. In addition to the music video preview, an official cover art of the single has also been revealed, boasting a picture of Perry ditching her colorful wigs from "California Gurls" and "Teenage Dream" artworks.

'Deathly Hallows: Part I' Not Released in 3-D, to Come With 'Green Lantern' Trailer 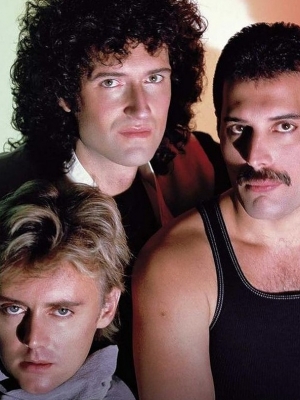