The 'For Your Entertainment' singer kept his promise to play a friendly show but still offer tasteful performances when singing at a sold-out concert in New York City.

AceShowbiz - Sporting a top hat, tight pants and sparkle make-up, Adam Lambert impressed concergoers who flocked inside Nokia Theater with his signature voice. The "American Idol" singer who recently half shaved his head filled the June 22 concert with "Fever", "Voodoo", "Sleepwalker" and many other songs.

Like he previously promised, the "Glam Nation" tour indeed was a friendly gig. In one point during the Tuesday night concert, he reportedly licked his bassist's face but the stunt was tamer than the boy-on-boy action he did at the 2009 American Music Awards.

Supporting for Adam Lambert were Orianthi and Allison Iraheta. They will be back on stage for his supporting act at the Nokia Theater the next day. The three singers will continue touring at least until September 21. Detailed info about the upcoming shows can be checked on Adam's official site. 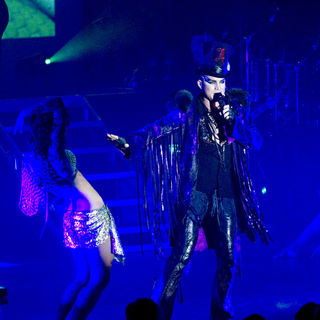 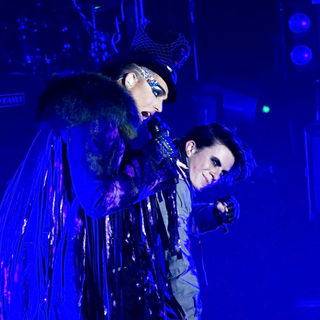 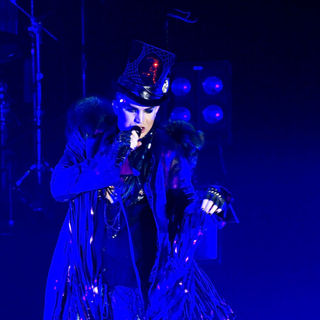