The lead actor is mostly seen on the ring, and his bruised face after a fight is exposed in one of the photos from the drama movie.

AceShowbiz - A look at Mark Wahlberg as a boxer has been shared in some new pictures from "The Fighter". Making their way out via Rogue Movies, most of the photos capture Wahlberg on the ring. At one point, he is seen joined by Christian Bale. Wahlberg's battered face after a game is also previewed in a photo which also features Jack McGee, Melissa Leo and Bale.

The film revolves around the life of professional Irish boxer "Irish" Micky Ward (Wahlberg) and his trainer-brother Dick Eklund (Bale). It will chronicle their early days on the rough streets of Lowell, Mass., through Eklund's battle with drugs and Ward's eventual world championship in London.

Leo is cast as Wahlberg and Bale's on-screen mother. Amy Adams will also join the cast, portraying Charlene, a tough, gritty bartender and former college high-jumper from Massachusetts who ends up dating Ward.

Director Darren Aronofsky was originally touted to helm the project, but when it was stalled he left the project. Later, David O. Russell takes over the directorial job for this drama which is expected to be released sometime within 2010. 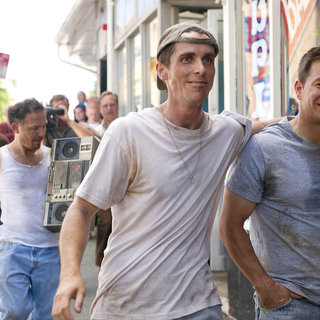 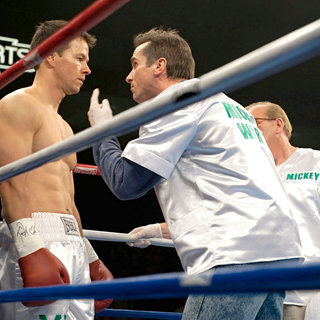