First Look at 'The Book of Eli' Through Photos

Take a better glimpse at Denzel Washington's Eli, Gary Oldman's Carnegie and the barren landscape of the post-apocalyptic world in Hughes Brothers-directed drama thriller 'The Book of Eli'.

AceShowbiz - Five fresh stills from drama thriller "The Book of Eli" have been uncovered. Coming out via USA Today, the brand new photos highlight on the main character Eli who is portrayed by Academy Award-winning Denzel Washington. While four of the pictures focus on Eli, the fifth image lets out another character, Carnegie, who is starred by Gary Oldman.

Accompanying the photos are commentary about the movie and the stills from director Allen and Albert Hughes as well as the two stars, Washington and Oldman. Of the black and white pic, for example, Allen explained that it is a capture of the scene wherein "Eli comes upon a fork in the road" before deciding to take the road to the right that leads him to Carnegie's town. More of the photos' details can be read at USA Today.

"The Book of Eli" tells the story of a lone hero who guards a mysterious book which provides knowledge that could redeem society. His challenge comes from the despot of a small makeshift town who's determined to take possession of the book. Beside Denzel Washington and Gary Oldman, the movie will see Mila Kunis, Ray Stevenson and Jennifer Beals among the cast ensemble. Filmed in New Mexico, it will be opened in theaters across the U.S. January 15, 2010. 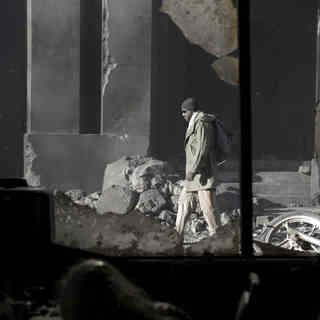 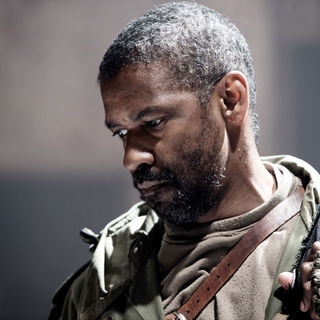