Giving more sneak peek to the forthcoming movie version of Disney's series 'Hannah Montana' are a slew of new pictures from the film, with Miley Cyrus as the center of attention.

AceShowbiz - Swinging with a rope inside a barn, strumming her guitar while sitting on top of haystacks, and cozying up with a country boy are some of the stuff Miley Stewart will be seen doing in "Hannah Montana: The Movie" as a series of the film's stills made its way out. Like most of the previously-released photos, the new images are still focusing on the film's star, Miley Cyrus.

Unlike before, however, one of the new pictures actually gives a taste of Cyrus as Stewart's alter ego, Hannah Montana, as she is captured donning the blonde wig while standing on stage in front of her manic fans. Another photo, moreover, shows her leading a group of people from her hometown for a dance sequence.

Bringing the story of "Hannah Montana" series to the next level, "Hannah Montana: The Movie" will put its attention more to Miley Stewart when she deals with her overwhelming success as pop superstar Hannah Montana and tries to find once again what is really important in life by going back to her hometown of Crowley Corners, Tennessee. Starring Miley Cyrus with the support from Billy Ray Cyrus, Jason Earles, Emily Osment, Mitchel Musso and Taylor Swift among others, the Walt Disney Pictures comedy will hit the U.S. theaters on April 10. 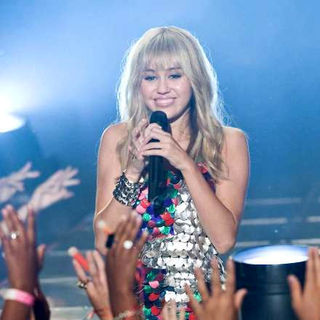 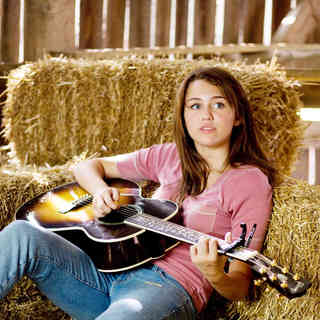 Katy Perry Thinks Having an English Boyfriend 'Could Be Nice'