A nostalgic trip back to the 1980s, "Son of Rambow" is an inventive valentine to an era where, for the first time in history, young minds had access to technology that allowed them to create their own stories while paying homage to their larger-than-life heroes from the movies that inspired them.

Will, who isn't allowed to watch TV or go to the movies, expresses himself through his drawings and illustrations until he finds himself caught up in the extraordinary world of Lee Carter, the school terror and crafter of bizarre home movies. Carter exposes Will to a pirated copy of the first Rambo film, "First Blood," which blows his mind wide open. Against his family's orders, his imaginative little brain begins to flower in the world of filmmaking. Will and Lee become popular at school through their films, but when a French exchange student, Didier Revol, arrives on the scene, their unique friendship and precious film are pushed to the breaking point.

Garth Jennings and Nick Goldsmith, aka Hammer & Tongs, the creative visionaries behind "The Hitchhiker's Guide to the Galaxy," utilize a vast array of visual techniques to perfectly capture the moment in time when anything was possible and dreams could be recreated with a home video camera, a few props, and a ton of imagination. 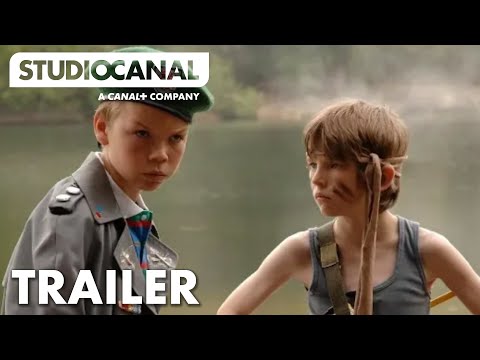